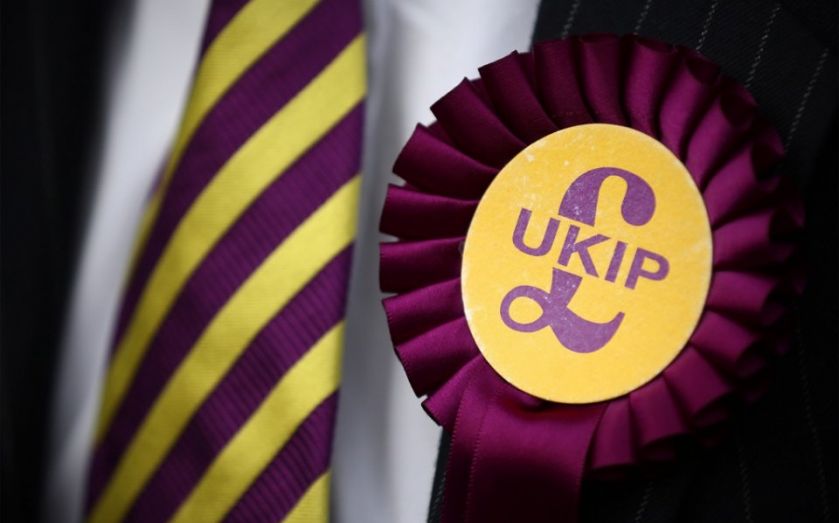 The Ukip parliamentary candidate for North East Hampshire Robert Blay has been suspended with immediate effect.

In a video taken at a public meeting by the Daily Mirror, Blay privately lambasted his Tory opponent Ranil Jayawardena with a string of racist abuse. Blay then threatened to shoot the Tory candidate in the head.

"I think he could be our first Asian MP," Blay said. "If he is I will personally put a bullet between his eyes." The outburst comes less than 48 hours before polling day. When asked if he would repeat his remarks, Blay added:

If this lad turns up to be our Prime Minister I will personally put a bullet in him. That’s how strong I feel about it.

I won’t have this f***** as our Prime Minister. I absolutely loathe him.

Asked how he felt about Jayawardena winning the seat, Blay said:

But I’ve always said in my constituency you could put a monkey out there with a blue rosette on and it would win.

His (Jayawardena’s) family have only been here since the Seventies. You are not British enough to be in our parliament.

The Daily Mirror recorded the remarks on Saturday during a public meeting where Nigel Farage was the principle speaker. Ukip has disowned Blay's remarks issuing a statement saying:

​The views expressed by Mr Blay are abhorrent. As soon as they were brought to our attention he was suspended from the party. Any comments of this sort have absolutely no place British politics or public life, and the party would like to take this opportunity to apologise to Mr Jayawardena for any distressed caused.

Ranil Jayawardena who went to university at the London School of Economics and works for Lloyds bank is standing for the Conservatives replacing outgoing Tory MP James Arbuthnot.

The seat is one the Tory party's safest strong holds with Arbuthnot cruising to victory with a 18,597 majority in 2010. The suspension is the last thing Nigel Farage's party needs so close to polling day.

The suspension could reinforce in the minds of some voters that some Ukip candidates have unacceptable views when it comes to race relation.

Ukip has been persistently dogged by accusations of racism after suspending a host of council and parliamentary candidates over the past year and a half.