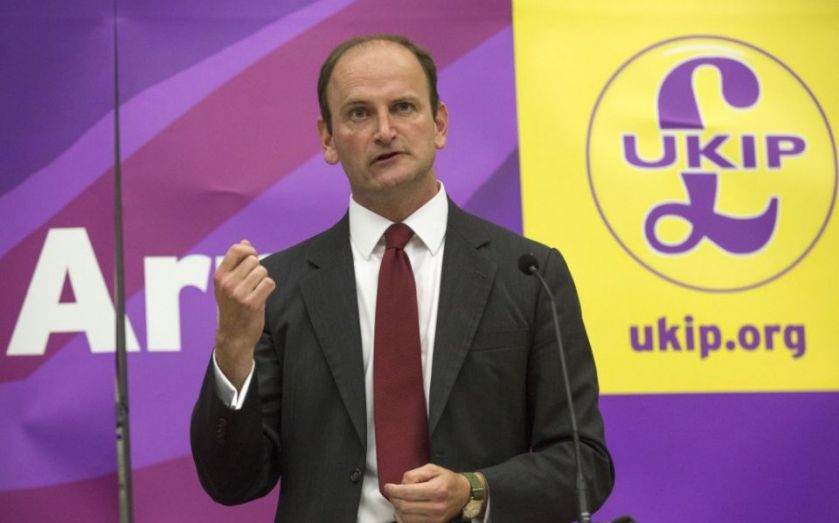 It's been a terrible day for Ukip, after it managed to secure just one parliamentary seat in the General Election.

Former Conservative MP Douglass Carswell, who held onto his seat in Calcton, was the party's only successful candidate. Even and Nigel Farage failed to beat the Conservative candidate in Thanet South.
Yet if you look a little closer at the results, the outcome does not reflect Ukip's popularity. Considering total number of votes rather than seats, it actually came in third place with 12.6 per cent, falling behind only the Conservatives and Labour.

This compares to the SNP, which won 4.7 per cent of votes yet managed to secure 56 seats in parliament, and the Lib Dems who secured eight seats with 7.8 per cent of the votes.
Not only that, but of all the parties running Ukip made the biggest gain in popularity compared to the last General Election in 2010. The graph below shows how Ukip's vote share has gone up by 9.5 per cent – an increase that was over three times greater than the SNP's 3.1 per cent rise in support.
Conservative and Labour support went up by just 0.8 per cent and 1.5 per cent respectively, while Lib Dems lost a massive 15.2 per cent.

So how did things go so wrong for Ukip? It's all because of the current voting system. Although the party received a lot of votes, there was only one seat where the party's support exceeded that of any other party – it regularly came in third place and occasionally in second place.
Farage, who promised to resign within 10 minutes of not winning in Thanet South, described the first-past-the-post system as “bankrupt” for this reason:

It is bankrupt because one party can get 50 per cent of the vote in Scotland and nearly 100 per cent of the seats, and our party can get four million votes and just one seat. For those reasons there are a lot of angry Ukip people out there. They're not giving up on Ukip, but absolutely determined that we get a fairer, more reflective system.