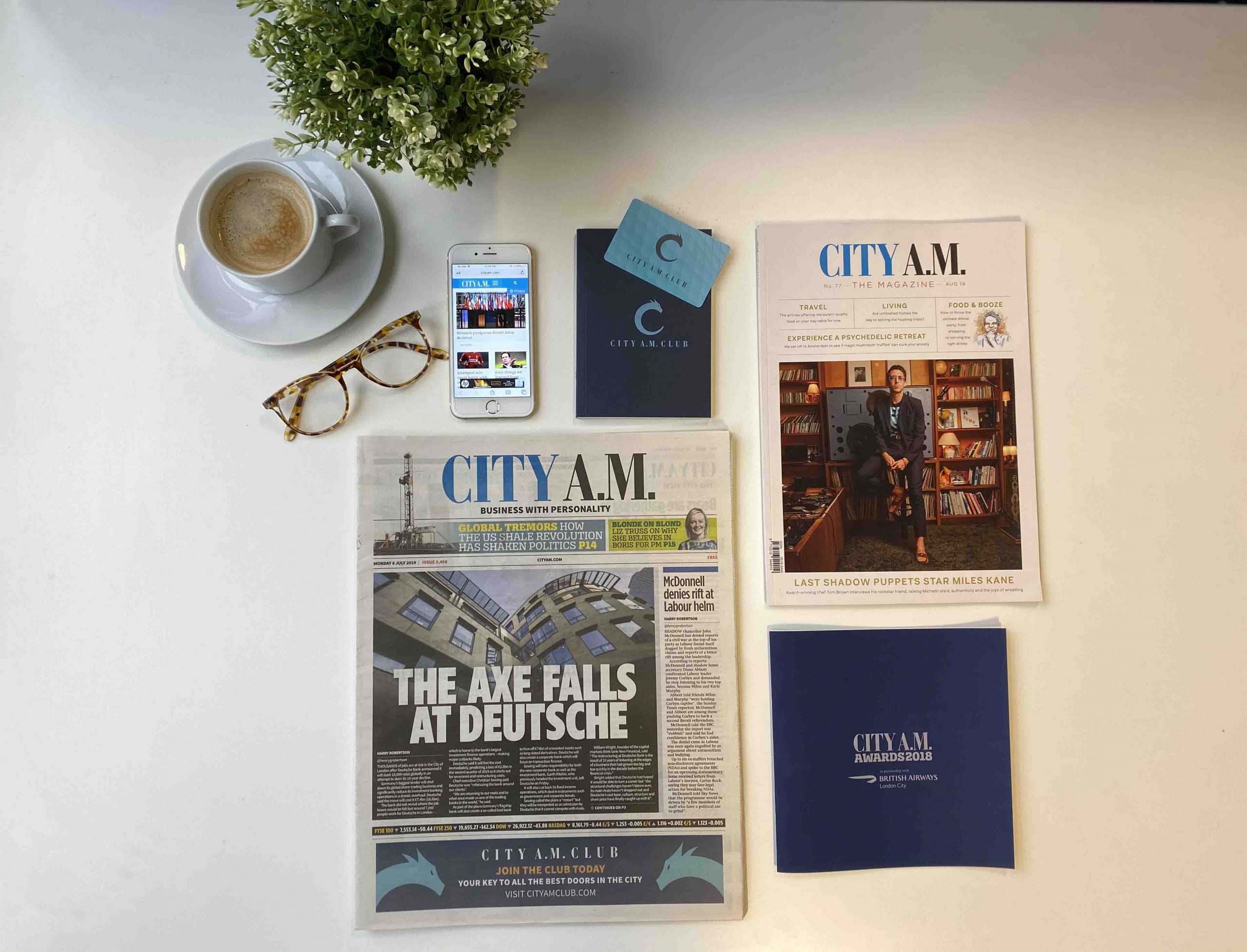 City A.M. is London’s most-read financial and business newspaper, enjoyed by thousands of workers across the capital each weekday. Launched in 2006, it covers the latest economic, political and business news as well as comment, sport and lifestyle features.

Cityam.com has around 3.2 million unique visitors per month primarily based in London and across the UK. We also have a strong international audience, with strong traffic sources from the United States and India.

The City A.M. newspaper is distributed at more than 400 carefully chosen commuter hubs across London and the home counties, as well as London City Airport and over 500 offices throughout the City, Canary Wharf and other areas of high business concentration.