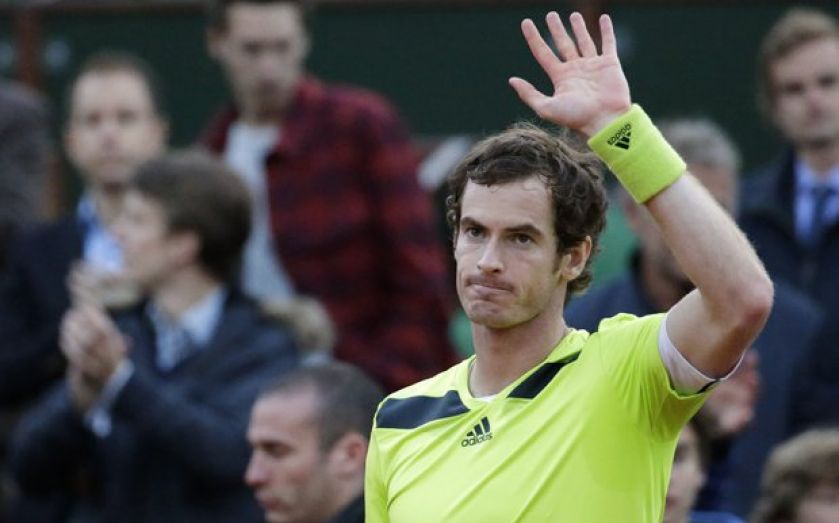 BRITISH No1 Andy Murray insists equalling his best run at the French Open is no cause for celebration with eyes firmly on a place in Sunday’s final for the first time.

Murray relinquished a two-set lead in last night’s quarter-final with Gael Monfils and was angry tournament officials ordered they play a decider with the light fading.

Despite having a vociferous Roland Garros crowd and the momentum against him, the Scotsman dropped just six points in the final set to win 6-4, 6-1, 4-6, 1-6, 6-0 and reach a semi-final against world No1 Rafael Nadal, but is determined to go further.

“It’s definitely a big achievement, but that’s not what I came here to do,” he said.

“I expect a lot of myself. I put a lot of pressure on myself to perform well at these events and thankfully I have done ok so far. But there’s still hopefully a long way to go in the tournament.”

The No7 seed will meet eight-time French Open champion Nadal tomorrow, after he recovered from dropping the first set to brush aside last year’s runner-up David Ferrer 4-6, 6-4, 6-0, 6-1.

Nadal has a phenomenal record in grand slam semi-finals, with 19 wins in 22 last-four matches and Murray knows he must be at his best to conquer his old foe.

“I’ll need to recover the best I can and just play my best tennis,” he added. “It’s going to be a very, very tough match against Rafa.”