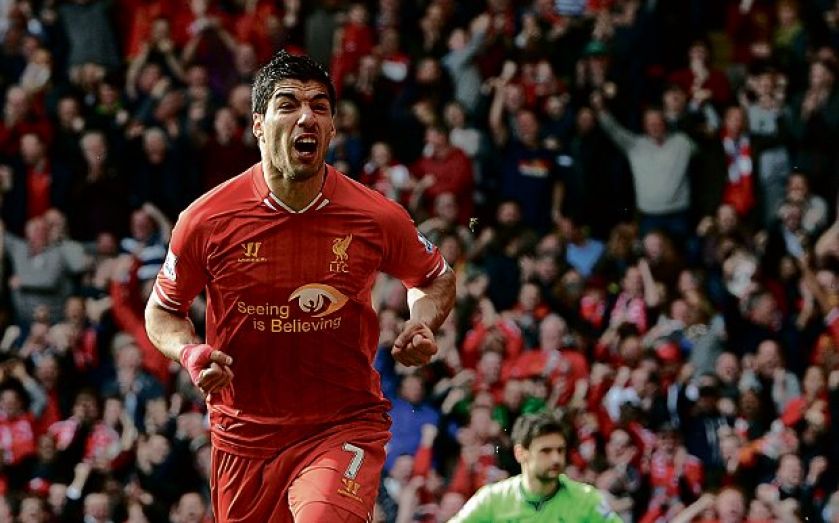 UNDER-FIRE Tottenham boss Tim Sherwood believes his players’ failure to win their own psychological battles has stopped them beating a top-four side this season.

Yesterday’s 4-0 hammering at Anfield moved Liverpool a point clear at the top of the Premier League and left Spurs languishing in sixth place, eight points away from a Champions League qualifying spot.

Sherwood feels it is a lack of belief among his expensively assembled squad that has been their undoing against the division’s top performers.

“Our performances against teams in the top four have not been good enough,” he said. “I want to instil belief into the players and let them know they are not inferior to the sides they are stepping on the pitch against.

“But the stats don’t lie and the return of points is not good enough.”

Sherwood watched the duration of his team’s undoing from the directors’ box, leading the travelling supporters to chant in frustration about his absence from the touchline.

But the former England midfielder insisted he was not hiding away.

“I have sat up there for the last few games and I get a better view,” Sherwood added. “It’s a learning curve for me and when the team is not doing well they want to see you. They know me well enough to know that I am not shirking responsibility.”

Winger Aaron Lennon, who started the match, used Twitter after the game to deny rumours of a dressing room bust-up between Sherwood and his players. A Tottenham spokesman also strongly denied the rumours last night.

Tottenham’s implosion began in the second minute when Younes Kaboul stumbled and inadvertently turned Glen Johnson’s low cross into his own net. The second goal arrived on 25 minutes when Michael Dawson, replacing the injured Jan Vertonghen only seconds earlier, misplaced an attempted square pass to Kaboul, allowing Luis Suarez to steal possession and finish from a difficult angle.

Before half-time Suarez’s header was pushed on to the post by goalkeeper Hugo Lloris, but 10 minutes after the interval Coutinho drove in a third.

And, with 15 minutes remaining, Henderson’s deep free-kick evaded everyone inside the Spurs’ penalty area and crept in to complete the rout.

Yet Liverpool boss Brendan Rodgers is still playing down their title hopes. “It’s not in my thinking,” Rodgers insisted.