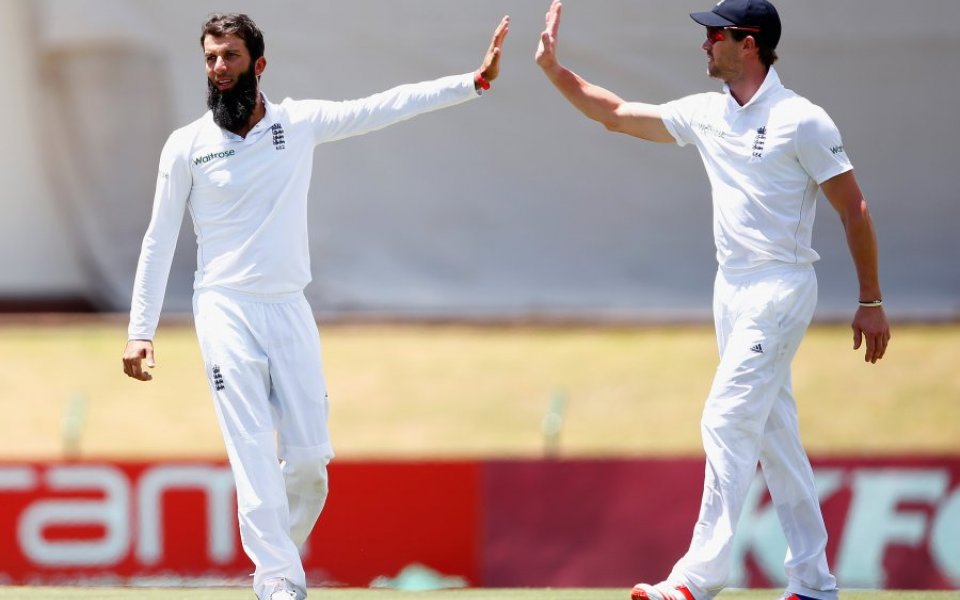 All-rounder Moeen Ali is relishing his slide down the batting order when England bid to topple South Africa, the top-ranked Test team in the world, in this winter’s four-match series, which starts in Durban on Boxing Day.

Moeen failed to fire when promoted to open England’s batting alongside skipper Alastair Cook during their autumn series against Pakistan in the United Arab Emirates, scoring just 84 runs in six innings with a top score of 35.

“I can’t wait. I’m actually looking forward to going back to No8 and playing a few shots, hopefully freeing up,” said Moeen, who averages 27.76 from 19 Test matches.

“Obviously opening didn’t work. I enjoyed it and it was a really good experience. But I didn’t score the runs I’d have liked. I probably got caught in two minds at times whether to attack or not but things like that happen.

“I’m happy and I don’t mind where I bat, I’ll just look to do my job wherever I bat.”

It was Moeen’s off-spin which came to prominence on the third and final day of England’s warm-up clash against South Africa A in Pietermaritzburg yesterday as the tourists cantered to victory by an innings and 91 runs.

The 28-year-old claimed 6-77 as the hosts were dismissed for 187, while right-arm seamer Steve Finn continued his rehabilitation from injury by taking two further wickets to give the Middlesex paceman match figures of 6-64.

Full international Quinton de Kock top scored for South Africa A with 53 before falling to Moeen, although there was little joy for the home side who lost eight wickets for 152 runs.

Pace bowling is often seen as the defining factor on South African pitches, although the last time England toured there during the winter of 2009/10 spinner Graeme Swann was the tourists’ leading wicket-taker with 21 scalps at an average of 31.38.

“It was good because the ball spun up front and that’s what made it a bit difficult for the batsmen,” added Worcestershire’s Moeen.

“It all depends on the wickets. I’m just going to go in and adapt my game. If it spins, I’ll try and keep it as simple as I can and if it’s not spinning try and hold up an end.

“I don’t always do that [keeping it tight] very well but it’s something I’ve been working on since I’ve been here and hopefully I can do that. I felt the Pakistanis played me really well. They were the best I’ve ever bowled at.

“They never once let me settle and knocked me around, which was tough, but I felt like I learned so much more from the UAE than I had done in the last couple of years before that.”