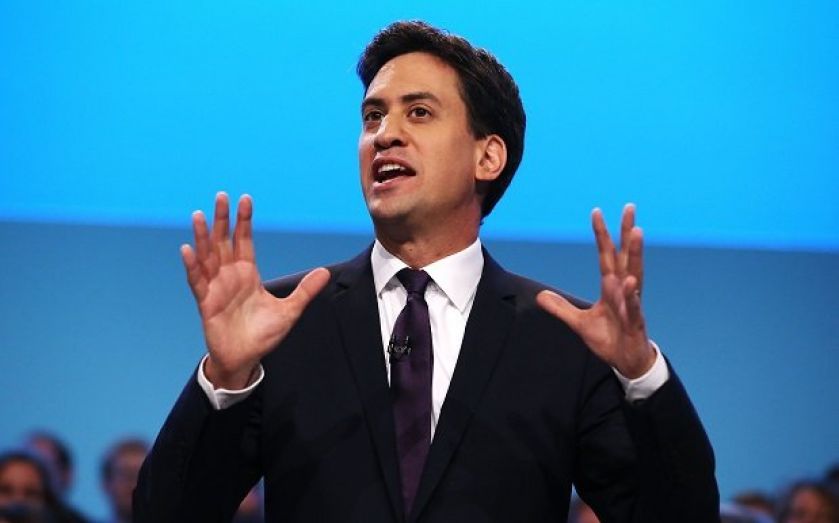 If Labour win the General Election, they could end up borrowing £50bn more than the Tories, the director of a think tank has warned.

Paul Johnson, director of the Institute for Fiscal Studies (IFS), wrote in the Times that Labour could add as much as £170bn to Britain's national debt by 2030. He added there was a significant difference between the fiscal policies of the two parties.

The electorate will be faced with a choice between a Conservative party proposing to reduce public spending by up to £33bn or a Labour party offering £7bn of cuts, he said.

If we take their statements at face value, then by 2020 an Ed Miliband-led government would be borrowing and spending a lot more than a David Cameron-led government.

He added that Labour has left itself a large amount of wriggle room on public spending arguing it will cut the deficit, but may borrow for investment purposes. Johnson's £170bn figure assumes Labour borrowing "as much as their rule would allow beyond 2020".

On the other side of the coin, Johnson said the Tories would preside over much bigger spending cuts. Non-ringfenced departments could face cuts of 26 per cent after the General Election, under plans presented at the Autumn Statement. Both parties have, so far, ruled out cuts to the NHS, schools and pensions.

The scale of Conservative cuts is explained by the party's commitment to achieve a budget surplus and its refusal to borrow.

He said plans laid out by shadow chancellor Ed Balls could leave the country vulnerable in the event of another financial crisis thanks to the UK's gargantuan debt burden.

The problem is that another recession will strike one day. Going into a new recession with debt still high – and it is higher now than at any time since the late 1960s – could leave less room for manoeuvre.

However, he dismissed claims made by both Labour and Tories that a government led by their opponent would result in either the destruction of the NHS or an increase in planned public spending of £20bnin 2015-16.