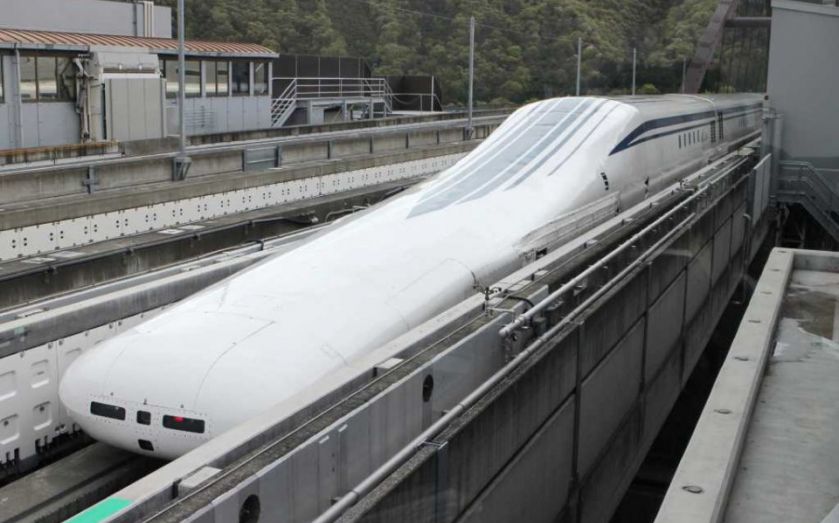 The train hovers four inches above the rails to decrease friction and increase speed, and was able to maintain that phenomenally high velocity for 11 seconds, beating the Chinese high speed train (302.5mph) as the fastest passenger train. The record speed was achieved near Mount Fuji, and less than a week after Central Japan Railway, the train's operator, broke its own record by hitting 369mph. Before that the top speed clocked was 363mph.

The train won’t be operational until 2027, when the train, which is propelled by electrically-charged magnets, could see passengers fired across the 286km between Tokyo and Nagoya, another city.

The top operational speed would be 500kmph, which would mean a journey time of one hour and seven minutes between Tokyo and Osaka, a service expected to be operational in 2045.

Japan’s Prime Minister, Shinzo Abe, is keen to sell Japan’s less rapid Shinkasen trains and the bullet train technology abroad as part of plans to improve Japanese exports. This weekend he is due in the US, where he will extol the virtues of using the trains for a high-speed link between New York and Washington.

This video shows the maglev in action (although not on its record-breaking run).