Cost overruns mean London may suck up benefits of HS2 and short-change the north, Lords warn 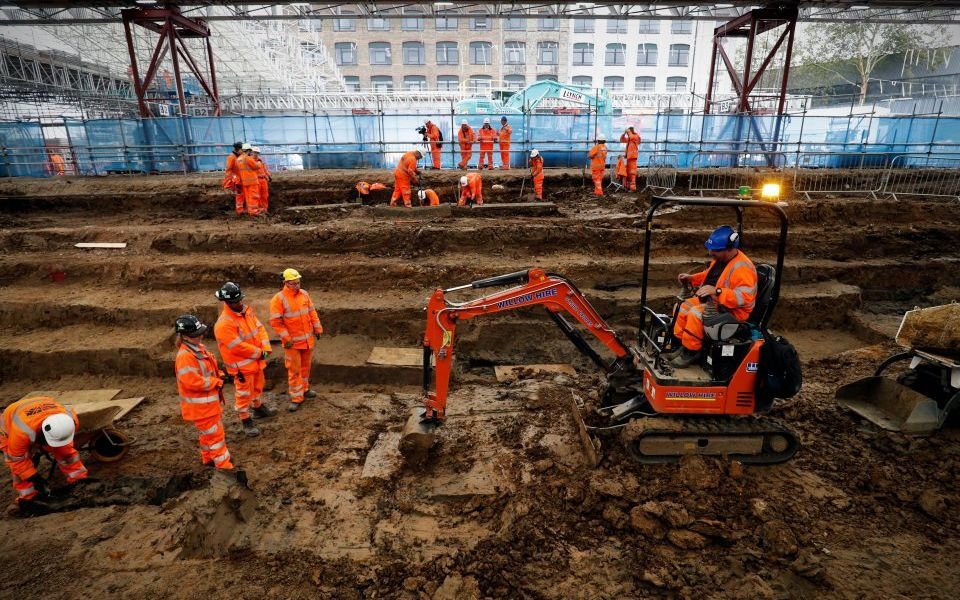 London risks reaping all the rewards from HS2, leaving the north "short-changed", a stinging House of Lords report has warned today.

The costs of the £56bn railway "do not appear to be under control" and the government must find ways to reduce them so that the second phase of the railway, based in the north, definitely gets built, the Economic Affairs Committee said.

As it stands, the Lords fear a cost overrun in London could mean there is insufficient funding for the rest of the railway.

It said the government had failed to take up previous advice from the committee on how to cut costs, such as reducing the speed of trains and terminating the line in the south at the existing Old Oak Common station, rather than Euston, where construction has recently got underway.

“If costs overrun on the first phase of the project, there could be insufficient funding for the rest of the new railway," said chairman Lord Forsyth of Drumlean.

"The northern sections of High Speed 2 must not be sacrificed to make up for overspending on the railway’s southern sections.”

Instead the government's priority must be to invest in rail infrastructure in the north. This could be done by integrating the plans for Northern Powerhouse Rail with the plans for the northern section of HS2, and ensuring that funding for the project is ring-fenced.

HS2 is scheduled to open in two phases between 2026 and 2033. Construction is already underway at Euston station, which will link to Birmingham. The second phase of the railway will then connect Birmingham to Manchester and Leeds.

The project has already faced significant scrutiny over its costs and ability to improve local infrastructure.

Chief secretary to the Treasury Liz Truss has said the line will not be exempt from the forthcoming spending review, while former Cabinet minister David Davis said earlier in the week that the project, if scrapped, could finance 28 new projects instead.

Read more: Liz Truss is right, HS2 would put us all on the train to nowhere

The government’s official figures estimate the cost of HS2 will run to £56bn, but rail experts have suggested the costs could exceed £100bn. Sir Terry Morgan, the former chairman of HS2 has previously said that “nobody knows” what the final cost of the project will be.

The Lords cast further doubt on the project's benefits, saying they had been calculated on evidence it did not consider robust, such as answers given by business travellers about how much they would be willing to pay for quicker journeys. They claim that 60 per cent of the estimated benefits of HS2 – £55bn – relate to business travel.

Lord Forsyth said: “Commuter services in the north of England are badly overcrowded and reliant on ageing trains. Rail connections between northern cities are poor. As the committee suggested in its 2015 report, rail infrastructure in the north should be the government’s priority for investment, rather than improving north-south links which are already good. The north is being short-changed by the government’s present plans, especially as construction on HS2 is starting in the south. Any overcrowding relief from HS2 will mainly benefit London commuters."

The report called for a "major rethink of HS2", saying the Department for Transport's (DfT) appraisal of the project contained "fundamentally flaws".

It said that despite the "strong case" for improving rail links in the north, the government had nevertheless "pushed ahead" with HS2, where decision-making had also become "distorted …in favour of speed".

"An appraisal method that took more account of the transformative benefits of new infrastructure would be less sensitive to small changes in journey time. A new method of appraisal is required."

A DfT spokesperson said it "fundamentally disagreed" with parts of the Lords' report.

“By 2020, the government will have invested a record £13bn in transport across the north, and we have a clear plan for linking the Midlands and the north through HS2 and Northern Powerhouse Rail – the full benefits of which can only be delivered on the back of HS2. This is not either/ or, we are clear we want both.

“HS2 will deliver additional rail capacity, significantly improve connections and provide opportunities for economic growth – with around £92bn in benefits – for people and businesses across the north.”

​An HS2 spokesperson said:  “We are determined to deliver a railway that is value for money for the taxpayer, and a project that will reshape the economic geography of the country. We have strengthened our controls and are actively applying lessons learnt from recent infrastructure projects to ensure we have the most cost-effective approach."