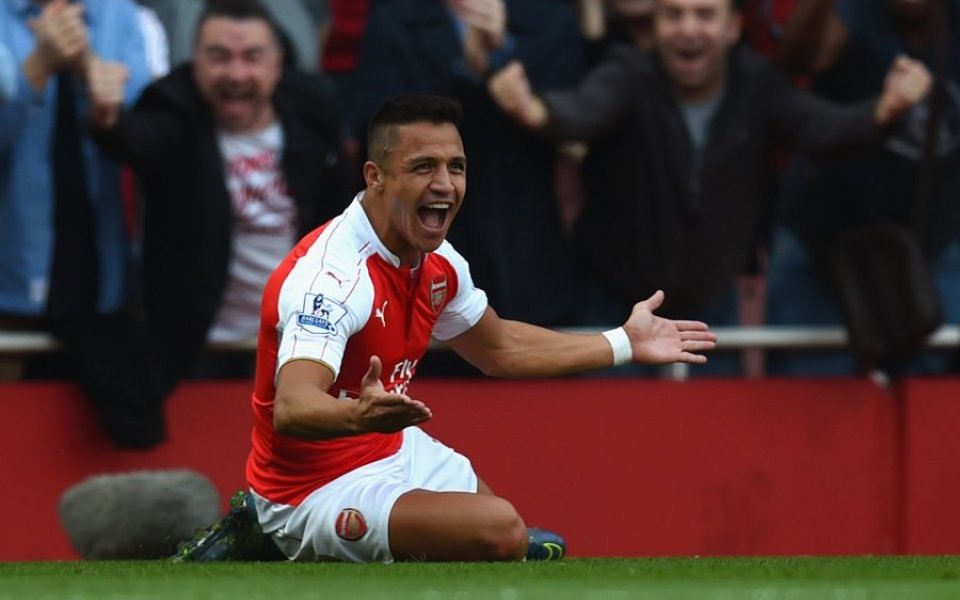 Arsenal boss Arsene Wenger insists the annihilation of perennial tormentors Manchester United has proven his side are genuine Premier League title contenders after an electrifying showing at Emirates Stadium yesterday.

As if straining at the leash following their midweek Champions League meltdown, an irresistible Arsenal destroyed their pedestrian rivals in a blistering first half, with Alexis Sanchez netting twice to complement Mesut Ozil’s strike.

Victory was only the Gunners’ second in 14 league showdowns with United, and their scintillating demolition moved the north Londoners second in the Premier League table.

“To win in a big game is always a statement and we are in it [the title race], two points off the leaders Manchester City so I hope today will give us belief and ambition to fight for it,” said Wenger.

“It gives a strong answer to all the questions which were raised during the week. I am 19 years at the club and I know that what you want is a strong response in a big game when you have had a big disappointment.

“The pressure on any disappointment today is massive and maybe it is a little bit more difficult to deal with but we did well.”

Arsenal ripped into United with ruthless penetration and struck six minutes into a breathless opening when Sanchez arrived ahead of goalkeeper David de Gea to backheel Ozil’s low cross beyond the Spaniard at his near post.

The Gunners were at their mesmeric best, doubling their advantage seconds later as Theo Walcott picked out Ozil, who caressed the ball beyond De Gea from the penalty spot.

United, who had kept four clean sheets in seven league games this term, had no answer to the relentless nature of Arsenal’s intricate and pacey attacks, with the restored Petr Cech a first-half bystander.

Arsenal surged into a three-goal lead after just 19 minutes when Sanchez collected a pass from Walcott, danced past wilting wing-back Matteo Darmian and thundered a right-footed effort past De Gea.

“I didn’t expect it, I was surprised,” said Van Gaal. “I did not see us performing our game-plan or a will to win. We were top of the league so I was surprised. Amazed is maybe a better word.”

“When you give a team like Arsenal so much space to play football then you know you shall lose. It was amazing for me and very disappointing.”