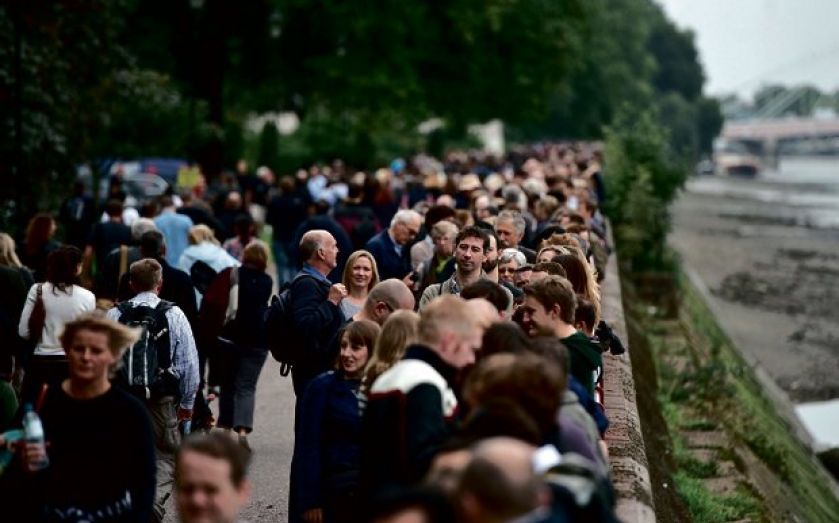 THOUSANDS queued this weekend to get a last glimpse of the iconic Battersea Power Station before it undergoes an £8bn redevelopment.

The Art Deco landmark was one of 700 sites being opened up to visitors as part of the Open House project.

Work on restoring the Grade II listed building will get underway next month – 30 years since the power was turned off – with the first chimney expected to be dismantled in February next year.

The 39-acre site will be turned into 3,500 homes, offices, shops and a park. A Malaysian consortium behind the redevelopment said it will take at least 10 years to complete the project and generate 15,000 jobs.