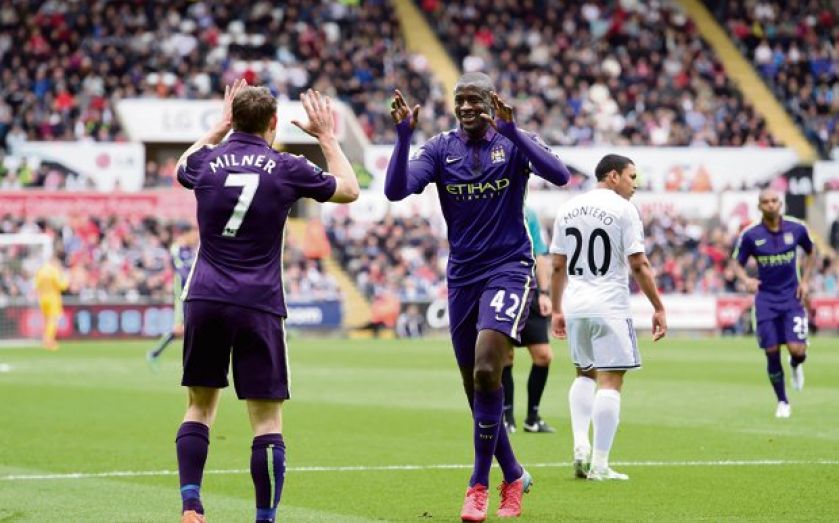 MANCHESTER City manager Manuel Pellegrini has vowed his side will come back stronger next season after tightening their grip on second place in a six-goal thriller at Swansea.

City went two up through Yaya Toure and James Milner only to be pegged back by Gylfi Sigurdsson and Bafetimbi Gomis before Toure’s second and a late fourth from former Swans star Wilfried Bony snatched victory.

A fifth successive win guaranteed Champions League qualification, left them five points clear of Arsenal, who have a game in hand, and raised Pellegrini’s hopes of reclaiming the title next term.

“It’s not easy to be champions every year,” said the Chilean, who led City to first place last season. “If you cannot win it I think it’s important to finish the way we are playing now. I’m sure we will come back stronger and we will be fighting for the title.”

Pellegrini reiterated his desire to keep out-of-contract England midfielder Milner, who capped a sweeping counter-attack with a side-footed finish for City’s second on 36 minutes.

Toure, whose future is also in doubt, had put the visitors ahead with a shot that took a deflection off Swansea’s Ashley Williams, but Sigurdsson’s placed 20-yard shot pulled one back just before half-time.

Striker Gomis equalised just after the hour when he brought down a high ball and flashed a low shot across Joe Hart, but Toure’s long-range shot squirmed past Lukasz Fabianski 10 minutes later and Bony, who left Swansea for City in January, scored via both posts in injury time.