How the All Blacks win: New Zealand Rugby chief Steve Tew on how the World Cup champions sustain a winning culture and what other businesses can learn from their success 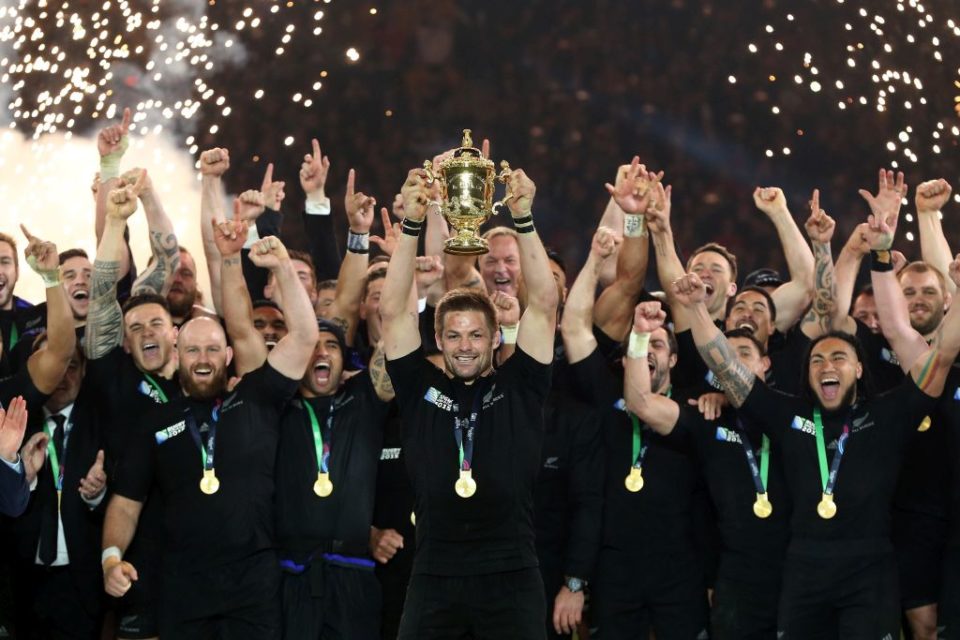 By now you’ll have heard all the accolades and statistics: The first team to successfully defend a Rugby World Cup, the first nation to win the tournament three times and a historical win ratio over 75 per cent.

Not only are New Zealand’s All Blacks one of sport’s most successful dynasties – there are very few businesses or organisations in any field that can match such a sustained level of performance over more than a century.

From Richie McCaw’s leadership, to Dan Carter’s play-making to Ma’a Nonu’s incisive running – the current crop of All Blacks include some of the greatest players the game has ever seen yet the reasons for New Zealand’s continued success in the sport extend far beyond their talents and right down to primary school kids playing a non-contact version of the sport all the way up to Steve Tew, head of New Zealand Rugby.

It’s Tew’s job to oversee the alignment of New Zealand’s national game from the grassroots to the glory and to keep the All Blacks at the top of the game, generation after generation. For a nation so rugby-obsessed that around a quarter of the population watched the final live despite its 5 A.M. local kick-off time on Sunday morning, that’s quite a responsibility.

Read more: All Blacks leadership lessons you can apply to your business

Tew told City A.M.: “One of the unique things about rugby organisations such as ours is the responsibility and, in my view, the privilege of looking after the game right down to the very beginning of a boy or girl’s experience….right up to the moment where the two best teams in the world will battle out for the title of World Champion which is quite a unique breadth of responsibility so you try and build alignment in a business like ours.”

Like any big business, Tew admits there are tensions between different parties. Yet whether it’s regional clubs, Super Rugby franchises or the national team – New Zealand Rugby ensures it is always united behind a common vision of continued success on the world stage.

“We’re trying to merge a totally amateur game into a professional one,” says Tew. “We want it to be as seamless as possible for our players, our referees and our coaches but inevitably there’s a scrap for resources, for profile and sometimes the debates we hold internally would make pretty good content!

“But we keep them internal and when we get out there we know we all believe in a common purpose and as long as we all understand that and genuinely aspire to it then we’ll do what the players do and that’s sweat blood to get there.”

That alignment manifests itself in a collective set of values that New Zealand Rugby and the All Blacks define themselves by. ‘Better people make better All Blacks’ is the mantra that underpins the team’s culture and it was just as evident as their talent on Saturday when centre Sonny Bill Williams went viral after giving his World Cup winner’s medal to a young fan who had run onto the Twickenham pitch only to be poleaxed by a security guard.

It was a reflection not only of Williams' character but that of the team and the values which the All Blacks act out through rituals such as sweeping the sheds after games or acting as waterboy when on the bench.

"You have to live those values and live them 24/7 otherwise they end up being just words on a strategic plan or brand poster or some other fancy document," says Tew. "For me it’s seeing that our guys take the time to talk to kids, that they voluntarily will go and spend some time in a hospital ward because they know they’ll make a difference no matter how difficult and emotional some of those visits are.

Read more: AIG and the All Blacks brand – how New Zealand dominates rugby on and off the pitc

“You might get some short-term success by being really hard-nosed and not caring about anything else if you’re completely single-minded. But if you don’t have a solid base, if you don’t have good values, good people and a framework and aspiration that people will understand and agree with then long-term you won’t win anyway.

“Our winning record’s not measured over tomorrow or even a five-year stint between Rugby World Cups, our legacy has been 130 years of winning over 75 per cent of our games. You don’t do that unless you’ve got a solid foundation and the value base is quite an important part of it.”

Of course, Tew concedes, it’s not as simple as “having a bunch of nice guys working well together and loving their jobs” – no one will mimic the All Blacks’ success simply by hiring a herd of good Samaritans as Stuart Lancaster found out after England crashed out at the group stage of a World Cup for the first time despite the positive team culture he developed amongst his players.

In fact, the All Blacks’ team culture has offered a rehabilitation sanctuary for those players who have strayed from the behavioural codes expected of them.

When winger Julian Savea was charged with assault (the charges were later dropped), rather than lambasting him for potentially breaching the team's values Tew publicly said New Zealand Rugby may consider whether it was doing enough to help young professionals deal with the pressure of the role.

"You love the people in your family – they don’t always make the right decision or do the right thing but that doesn’t mean you don’t love them anymore," he explains. "So we have certainly had incidents which we have had to deal with which have been unfortunate. But we have supported and encouraged the people involved to learn from them and not make a similar mistake a second time."

Creating a positive team culture that fosters certain codes of behaviour is still just one important ingredient in a winning concoction that includes innovation and devolution of responsibility, developed with years of preparation and building that finally manifests itself in a World Cup victory as it did on Saturday.

And now the cycle begins again. The proof of the power of the All Blacks' culture and succession will be in how they recover from the impending mass exodus of some of their leading players.

Tew says: "The group that’s leaving now; Dan, Conrad [Smith], Ma’a, Keven [Mealamu] and Tony [Woodcock] have all played over 80 test matches and some of them hundreds…They’ve found incremental gains to keep improving and stay ahead and all of that changes a lot. There’s always a little bit of personnel change through injury and form and if you’re not evolving you’re not going to stay at the top of the game.

"I think the beauty of the All Black environment is that we have such a solid core understanding of what is required that a lot of that doesn’t need to be designed every time we come together it just needs to polished."