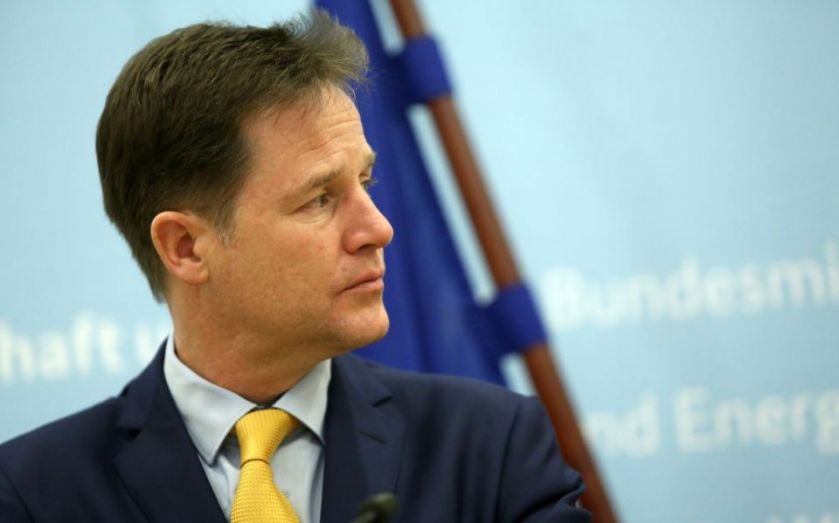 Liberal Democrat leader Nick Clegg said yesterday his party would raise taxes for high earners, if it won power in the general election.The deputy prime minister told BBC’s Andrew Marr Show: “[Lib Dem plans to cut the deficit would involve] a mixture of the following components: clamping down on tax evasion and tax avoidance, significant additional savings in Whitehall. There will need to be some additional savings but not nearly on the totally implausible scale that the Conservatives have said in the welfare budget and then there will need to be some tax increases as well which fall on the wealthiest in society.”In the same interview he ruled out joining a coalition including Ukip. Asked if he would serve in a cabinet with Nigel Farage, he said “no”.Commenting on the debate over whether David Cameron would take part in a leaders’ debate, Clegg – who has previously urged broadcasters to “empty chair”prime Cameron if he refused to take part – said broadcasters needed to come up with more proposals. He said that, as a leader of a governing party, he would not want to miss out on taking part.