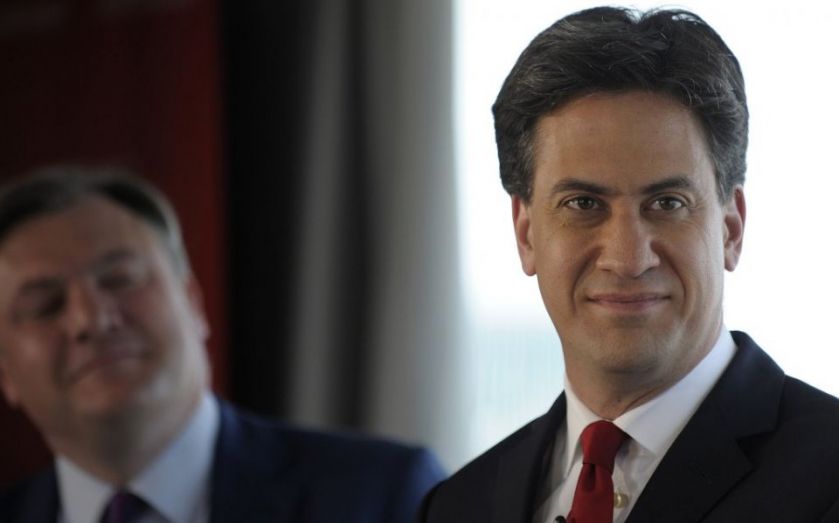 Labour is making fiscal responsibility the central pledge in its manifesto, as the left-wing party seeks to reassure voters that it can be trusted with country's purse strings once again.

Party leader Ed Miliband and his entourage headed to Manchester today for today's official launch of the manifesto, which will guarantee each of its policies will be fully funded and require no additional borrowing.
Among the pledges is a promise that Labour will cut the deficit every year and a commitment to rule out “a shopping list of spending policies”.
https://twitter.com/UKLabour/status/587515566132297728
https://twitter.com/Ed_Miliband/status/587254454342262784
https://twitter.com/edballsmp/status/587536765768114178
Ed Balls has now committed to eliminating the budget deficit by 2020, after coming under fire from the Tories for not giving a deadline.
He told the Today Programme:

I made a commitment yesterday that our goal will be £7.5bn a year extra coming in from tackling tax avoidance and tax evasion. If we can do that by the middle of the parliament that will enable me to get the deficit down earlier, but clearly that is an ambitious goal. That is why our backstop is by the end of the parliament unequivocally.

The economy has become a central battleground for the General Election, with the Tories continually pushing the argument that their "long-term economic plan" could be derailed by a Labour government.
The Tories are actively fighting the notion that Labour is the party of fiscal responsibility today. The hashtag #SameOldLabour was one of the top trends in London this morning.
https://twitter.com/CCHQPress/status/587534824547741696
https://twitter.com/CCHQPress/status/587518966265950208
Outspoken back-bencher Jacob Rees-Mogg is also sticking the knife in:
https://twitter.com/JakeReesMogg/status/587532380631650305
Indeed, it appears that Labour's decision to focus on finances was an 11th-hour move:
https://twitter.com/BBCAllegra/status/587523761722810368
But yesterday the Conservatives came under criticism after chancellor George Osborne failed to explain how the party would fund an £8bn NHS pledge, ducking the question repeatedly during an appearance on the Andrew Marr show.
Share:
Tags: General Election 2015