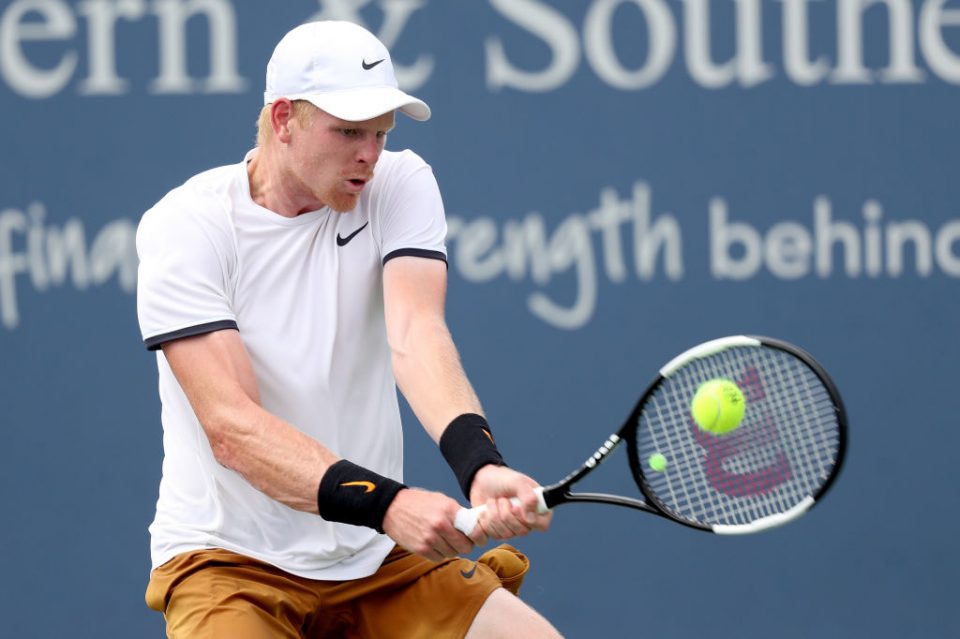 As Andy Murray’s hip injury has taken him to the brink of retirement during the last two years, the weight of being Britain’s best male singles player has come to rest on Kyle Edmund.

Edmund, who begins his US Open campaign against Spain’s Pablo Andujar today, has been the national No1 since March 2018 but has yet to scale anything like the heights of his predecessor, with whom he helped Great Britain claim the Davis Cup in 2015.

The 24-year-old’s ascent followed a great run to the Australian Open semi-final in 2018. At the same time Murray was being forced to pull out of the tournament before it began, unable to recover from the hip injury that had plagued him since 2017.

Read more: Naomi Osaka getting back to her best as she bids to retain US Open

That fortnight also saw Edmund break into the world’s top 30 for the first time, and later in the year he would flirt with the top 10, reaching a career high of No14 as he claimed his first ATP Tour title in Antwerp.

However, he has since flattered to deceive, failing to progress beyond the third round at subsequent Grand Slams, reaching only the second round twice in the last year.

He remains the world No31, but his position as the best in Britain has become increasingly threatened by the resurgence of Dan Evans, who is back with a vengeance following his 12-month drugs ban.

A disappointing 2019 for Edmund has in part been down to his own niggling injury issues which have particularly held him back this year.

He was forced to withdraw from the Sydney International in January due to a knee injury, which had initially been sustained in Paris last November.

The Yorkeshireman would enter the Australian Open with just one game – a defeat to No180 Yasutaka Uchiyama – under his belt since the turn of the year, and lose his opening round tie with Tomas Berdych in straight sets.

But his injury problems did not end there. A recurrence of the knee issue saw Edmund retire from the French Open in the second round with him two sets down to Pablo Cuevas, before a month later he would throw away a two-set lead in the Wimbledon second round against Fernando Verdasco.

He refused to blame injury for that five-set defeat, insisting it was his fitness that needed work, although he did have both his trainer and doctor enter the court to look at his finger before also receiving treatment for his back and knee.

After taking a month off, Edmund returned to action in Washington at the start of August and he has taken notable scalps in Jo-Wilfried Tsonga and Nick Kyrgios since his return.

However successive defeats to now world No5 Daniil Medvedev on his last two outings are a sign he is yet to get back to a level where he can mix it with those in and around the top 10.

A return to Flushing Meadows may come at the right time for Edmund, having always fared better on hard courts. The Briton’s best runs at Grand Slams and solitary ATP title have all come on the faster surface, which suit Edmunds’ offensive style.

The court plays into his strengths of hitting powerful forehands and serves, as well as working from the baseline and taking the initiative in rallies.

Read more: How 15-year-old American tennis star Cori Gauff can avoid the pitfalls of being a child prodigy

However, it is also perhaps why he struggles when coming up against the higher calibre opposition and he is put on the back foot. He has claimed just two wins when facing top 10-ranked players.

The US Open offers Edmund the chance to salvage his season, and going into the tournament seeded 30th, he will hope to at least match his previous best of reaching the fourth round.

If injury issues are resurrected, however, then Edmund may have to consider following Murray’s lead by taking time to rehabilitate himself properly ahead of next year.