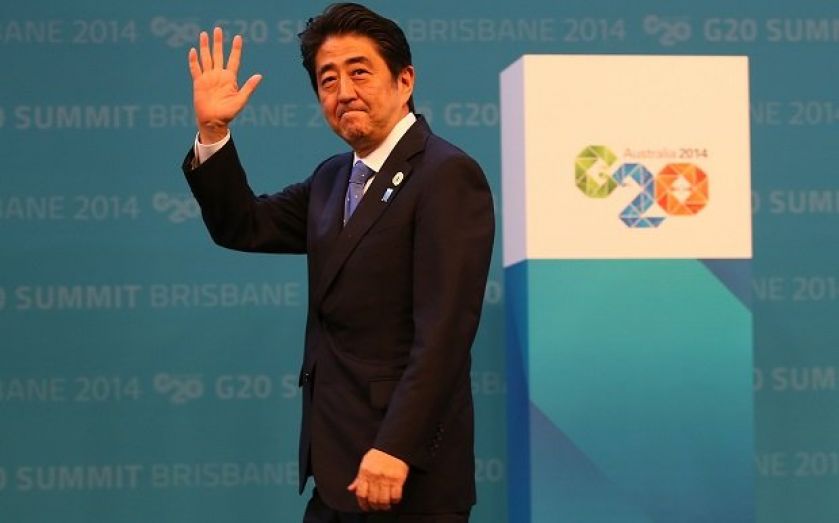 Japan's Prime Minister Shinzo Abe has called a snap election one day after the world's third-largest economy slipped into recession.

Furthermore, he is promising to delay the controversial second hike in sales tax by 18 months.

Data released on Monday showed the Japanese economy shrank by an annualised 1.6 per cent in the third quarter while forecasts had predicted growth of 2.1 per cent, according to official figures.

Abe said in a press conference:

Japan raised its sales tax from five per cent to eight per cent back in April, which has hit the economy hard as consumers cut down on spending.

Abe's ambitious plans to kickstart the Japanese economy which is groaning under a huge debt burden and facing an ageing population, have fallen short of expectations. Howver, he remains the favourite to win the upcoming contest which take place in the middle of December.