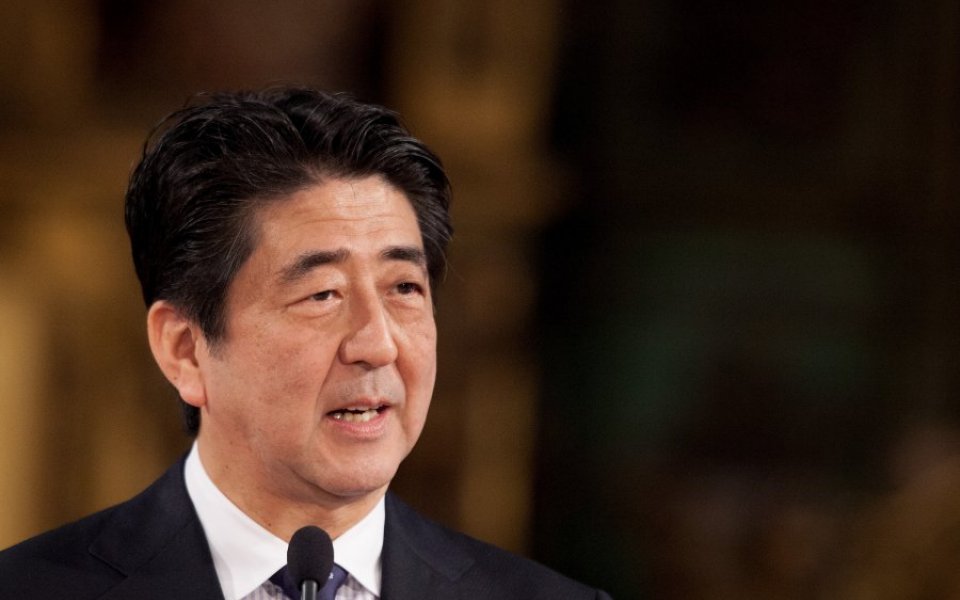 The Nikkei took the biggest hit of any advanced economy stock index yesterday, dropping over four per cent. The Japanese stock index is down by about 14 per cent from its December peak. Is Prime Minister Shinzo Abe’s radical easing policy slipping up? 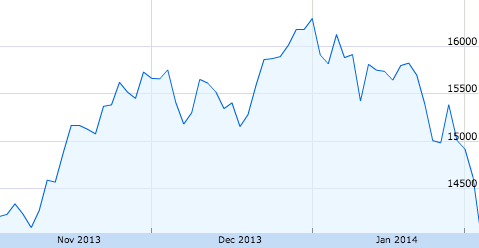 Despite fears of a new bear market, this isn’t even the biggest slump for Japanese equities in the past 12 months. The Nikkei dropped over 20 per cent in a shorter period, during the three weeks between 22 May and 13 June. The S&P 500 fell around seven per cent from May’s peak to June’s trough.

Though a double-digit collapse is unnerving, the idea that Japan was entering a bear market in mid-2013 is now transparently wrong – the Nikkei completely reversed the losses and ended 2013 up 57 per cent.

That definitely doesn’t mean that there’s nothing to worry about – if the Nikkei is particularly exposed to tapering, and the Fed refuses to ease the pace, perhaps Japanese equities will struggle to bounce back.

But it does mean that fairly major shocks to the Nikkei alone can’t tell us very much about the success of Abenomics in general, which is going fairly well so far.

After prolonged inflation, and with a little help from the higher cost of imported energy, the Bank of Japan has seen real success in its reflation policy. In January, the Bank committed to a two per cent inflation target, and the national consumer price index stood at 1.6 per cent in December.

While the trade deficit hasn’t narrowed, some people say it will soon, and it doesn’t necessarily matter.

The biggest challenge for Abenomics so far comes this April, when Abe hikes the country’s sales tax and the Bank of Japan’s ability to offset fiscal tightening will really be tested.

Real wages are also still falling in Japan – nominal wage growth hasn’t changed much, but rising inflation has yet to translate to larger salaries.

Ultimately, the success or failure of Abe’s strategy depends on how he tackles Japan’s long-term structural problems – an ageing population, an aversion to immigration and a fairly low female employment rate. But the Nikkei isn’t a very good measure of that.