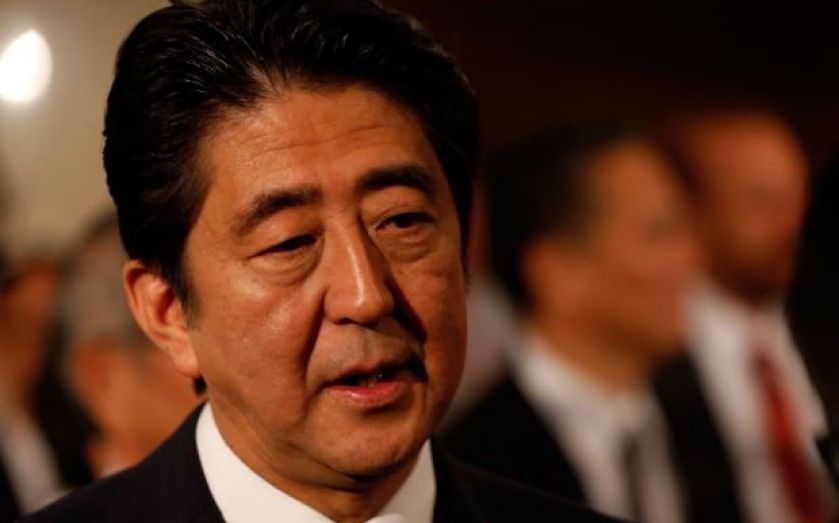 Japan's economy has felt the sting of sales tax increases.

The world's third-largest economy shrank at an annualised rate of 6.8 per cent in the second quarter of the year, the biggest drop since January 2011, when the economy suffered negative growth of 6.9 per cent after the tsunami and earthquake.

The dire figures were largely expected – one of the presumed culprits, April's sales tax hike, had been announced in advance.

The hike led to heightened levels of purchasing in the first quarter of the year, depleting sales in the second.

What is more, last quarter's GDP figures were revised down to 6.1 per cent month on month annualised growth from 6.7 per cent, compounding the decline.

Such results will add to fears that Japan's Prime Minister, Shinzo Abe, and his much-vaunted 'Abenomics' are failing to have the desired effect.

Abe swept to power with bold plans for the economy, which revolved around a three-pronged approach: fiscal stimulus, loose monetary policy and structural reform.

Abe has a final sales-tax increase pencilled in for December, but its implementation may well depend on the economy's performance in the prior months. Analysts believe that the economy is picking up in the current quarter, but it will not be until November's data release that we will have cold figures.

There are other fears too. The yen has been weakened, in part due to the Bank of Japan's (BoJ) quantitative easing programme, but exports are not benefitting as expected.

According to recently released minutes from the BoJ, there are fears among the Policy Board that the moving of Japanese firms' production sites overseas and a hollowing out of the domestic manufacturing industry could lead to slow export growth.