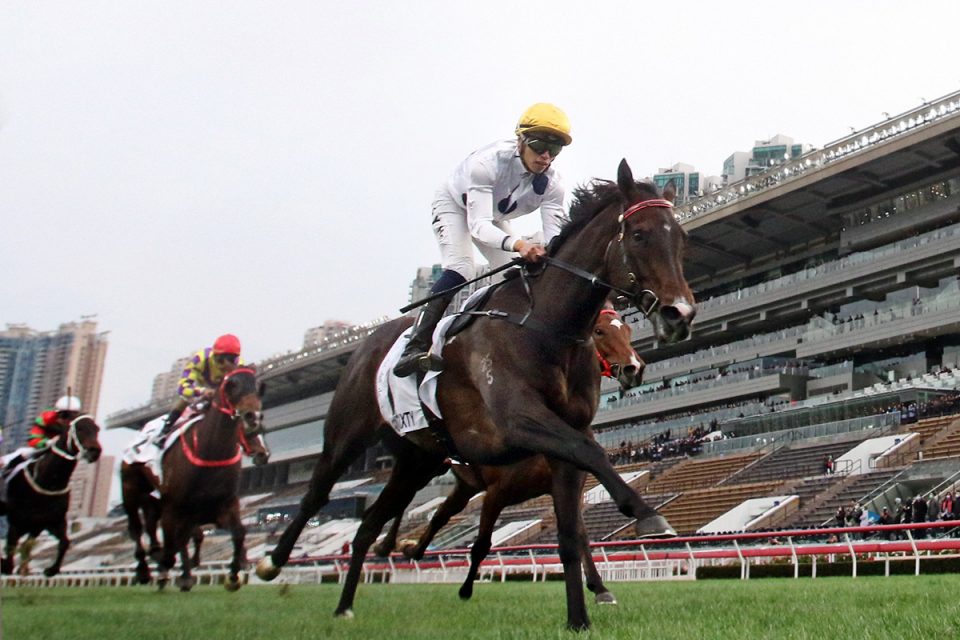 HORSE racing fans in the UK may be starved of any local action for the foreseeable future, but they still have an opportunity to watch Hong Kong’s local flagship event of the racing calendar, the £2million Hong Kong Derby (8.35am) at Sha Tin on Sunday morning.

Favourites have had a good record in the 10-furlong contest in recent years, with 11 market leaders emerging victorious since the turn of the century, and only one horse has won at double-figure odds in that time.

The draw can play an important role in the 14-runner contest.

The inside numbers, notably three and four, have the best records since the turn of the millennium, although don’t be put off by horses drawn with double-figure numbers – they have surprisingly good records in recent times.

The official rating system in Hong Kong has gone a long way in pointing to the winner in recent times, with the average rating for winners in the last 25 years being 109.

Favourite GOLDEN SIXTY is difficult to oppose, having won the first two legs of Hong Kong’s Four-Year-Old Classic Series, the Classic Mile and Classic Cup and beating his main rivals More Than This and Champion’s Way on both occasions.

Last month’s Classic Cup success was even more commendable given that Golden Sixty suffered a fever in the lead up to the contest and then overcame traffic problems during the race.

Many judges believe Golden Sixty, with his trademark turn of foot, will have a problem seeing out the 10-furlong trip, though.

As a son of the brilliant Medaglia D’Oro, sire of Group One middle distance winners Songbird and Talismanic, it’s hard to see why Golden Sixty won’t stay the trip, especially as he has now learnt to settle during his races.

This is going to be a big occasion for Golden Sixty’s young and in-form jockey Vincent Ho, who is having a career-best season. He will be seeking to be the first local rider to win the race for 25 years.

His trainer Francis Lui must be pinching himself leading up to Sunday.

He hasn’t had a runner in the race since 2006, but now finds himself saddling the first two in the betting in Golden Sixty and More Than This.

British import More Than This, with big-race pilot Zac Purton aboard, has twice finished behind his stablemate this season, but is the one horse who will relish the 10-furlong trip.

He suffered a tough journey when a length third behind Golden Sixty in the Classic Cup, but with the inside draw, his chances are obvious.

Last season’s local champion miler Champion’s Way has been slow to come to the boil this year, but recent encouraging efforts, plus Joao Moreira aboard, suggest he is about to peak.

Of the rest, Butterfield, a convincing winner over nine furlongs last month, and a two-time Group One winner in his former home, Brazil, has an outside chance of making the frame.

The odds are going to be short about Golden Sixty on Sunday, though it’s hard to look beyond him being crowned champion.