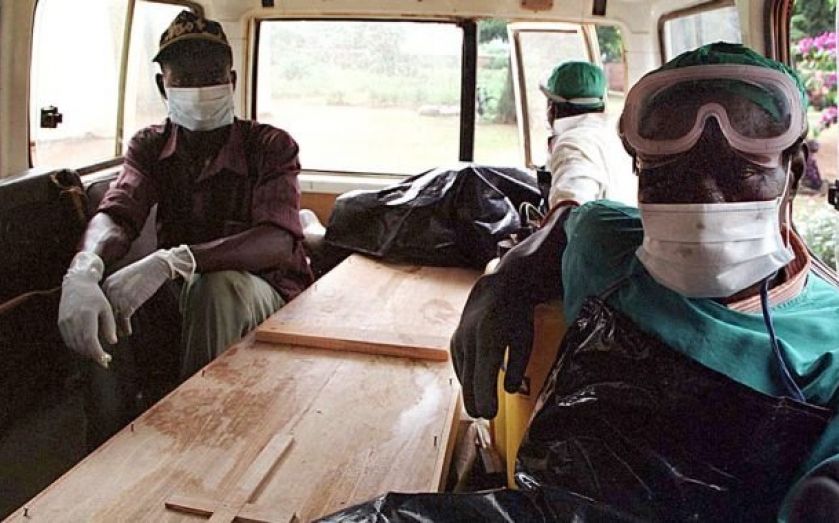 The Ebola epidemic currently spreading across parts of west Africa is proving to be the most devastating in the disease's history.
No known cure for the disease exists, and so far the five month epidemic has resulted in 672 deaths. Over half of these occurred in the last month alone.
Since the start of the epidemic in Guinea in February, the disease has also spread to and killed a large number of people in Sierra Leone and Liberia.
Sierra Leone has endured the highest number of infections of the three countries, but the most deaths have occurred in Guinea.
The disease does not seem to be stopping there, however: yesterday, a hospital in the Nigerian city of Lagos was quarantined and shut down after the first case of the disease was reported in Africa's most populous country.
Patrick Sawyer, a consultant for Liberia's Finance Ministry and a citizen of the US, collapsed upon arrival at the Lagos airport on 20 July. He was placed in isolation at the First Consultants Hospital in Obalende, one of the most crowded parts of a city that is home to 21 million people. He died on Friday.
Nigeria's airports, seaports and land borders have been on "red alert" since the incidence, and Liberia closed most of its border crossings and introduced stringent health measures.
Today's news news that Sierra Leone's top Ebola doctor died from the deadly virus has done little to assuage people's fears, either: Sheik Umar Khan became infected with the deadly virus after treating more than 100 patients.
Worst in history
According to data from the Centers for Disease Control and Prevention and the World Health Organisation, 602 people have been infected with the Ebola virus in July alone, taking the total for the epidemic up to 1201. In terms of mortality, there have been 334 deaths this month: twice as many as all the other months put together.
Susan Rice, Obama's national security adviser, said during a televised interview yesterday that the outbreak was of "grave concern."
"We are very much present and active in trying to help the countries of the region and the international authorities like the World Health Organization address and contain this threat. But it is indeed a very worrying epidemic," she said.