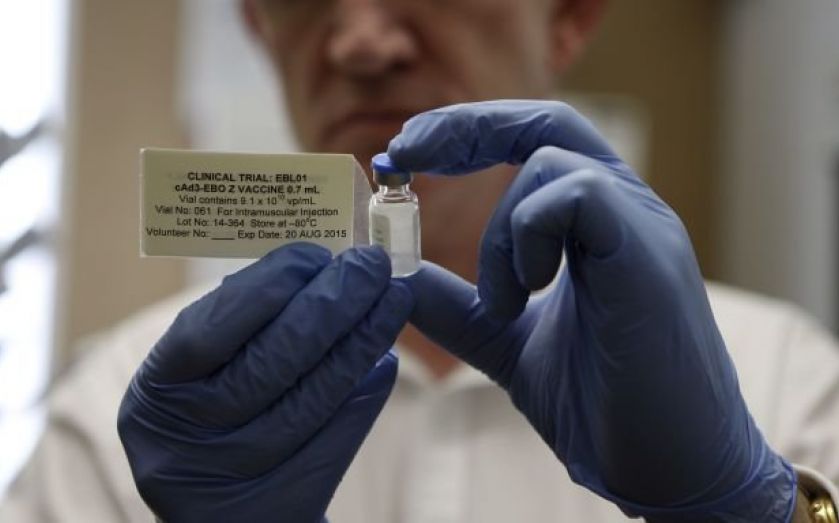 Could a newly-developed inhaled vaccine soon be used to stop the spread of Ebola between humans in west Africa? Developed by a team of researchers at a university in Texas, it has already been shown to provide long-term protection for non-human primates against the deadly virus.
The formulation took seven years to create, and preliminary tests have indicated it has the potential to raise survival rates against the deadly Zaire strain to 100 per cent. The epidemic currently gripping west Africa has killed approximately 70 per cent of its victims.
The latest figures from the World Health Organisation suggest that since December last year, the outbreak has led to the deaths of almost 5,000 people across Guinea, Liberia and Sierra Leone, and has infected over 13,500. According to the UK's Disasters Emergency Committee, the real figures could be even higher because of under-reporting.
There are currently no licensed treatments or vaccines for Ebola, and the rising death toll is placing mounting pressure on pharmaceutical companies to come up with a solution.
Three contenders – GSK, NewLink and Johnson & Johnson – have come to the fore as each tries to get its vaccine developed soon enough to bring the epidemic under control.
However, the vaccines they are developing are injectable, and there are some concerns about how these could be stored, transported and administered in west Africa.
The respiratory vaccine would overcome many of these concerns, since it would be both easier to distribute and easier to store, according to the researchers who developed it.
Not only that, but preliminary tests have indicated that it might be more effective – 100 per cent of primates given the vaccine in respiratory form showed immunity, compares to 50 per cent of those given the vaccine through intramuscular injection.
"There is a desperate need for a vaccine that not only prevents the continued transmission from person to person, but also aids in controlling future incidences," said Kristina Jonsson-Schmunk, one of the scientists responsible for the new vaccine.
"The main advantage of our vaccine platform over the others in clinical testing is the long-lasting protection after a single inhaled dose," added her colleague, Maria Croyle.
"This is important since the longevity of other vaccines for Ebola that are currently being evaluated is not fully evaluated. Moreover, this immunisation method is more attractive than an injectable vaccine, given the costs associated with syringe distribution and needle safety and disposal."
The next stage for Croyle and Jonsson-Schmunk will be clinical trials into the effectiveness of the vaccine in humans.