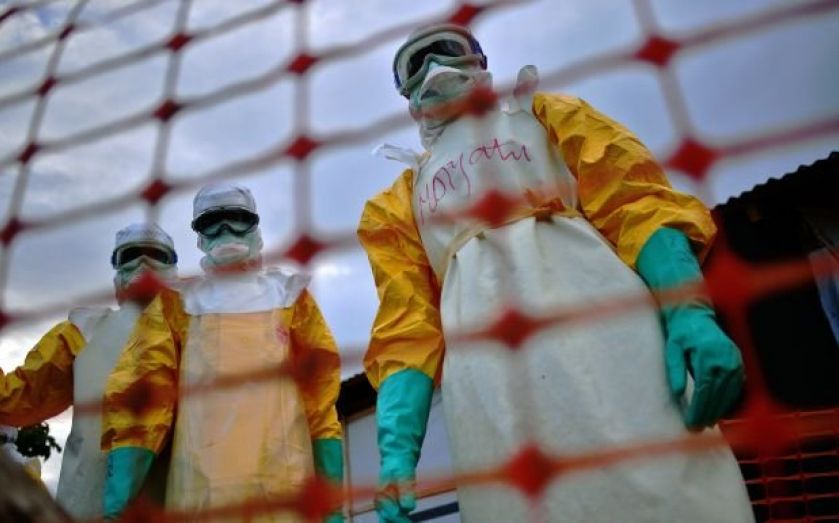 A sharp rise in new Ebola cases in Sierra Leone indicates the epidemic has a long way to go before it calms down.
On Sunday, 111 new cases were recorded in the country, which marked a significant increase from the 45 new cases reported the day before. In fact, it was the biggest daily increase in infections since the ministry of health and sanitation started to release day-by-day updates in August.
The UN has also warned the number of cases in Sierra Leone may be underreported by as much as 50 per cent, meaning the real number could be even higher.
The news provides a disappointing contrast to neighbouring Liberia, where international aid efforts have resulted in a slowdown in infection rate.
At the end of October, the World Health Organisation (WHO) confirmed this decline in Liberia. In a statement, assistant director general Dr Aylward, said: "It appears that the trend is real in Liberia and there may indeed be a slowing."
"Do we feel confident that the response is now getting an upper hand on the virus? Yes, we are seeing a slowing rate of new cases, very definitely."
He added that there had been "a huge effort to inform the population about the disease, to change the behaviours that put them at risk".

The new cases in Sierra Leone seem to be concentrated in two particular areas – the country's capital, Freetown, and Port Loko, to the north.
There is currently no Ebola treatment centre in Port Loko, and The Guardian reports that until recently, dead bodies were being left lying in houses and hospitals for days before being collected.
Problems related to controlling the disease in the region include a fear among locals that they will be turned away from hospitals if they venture out, and also a fear of dying isolated from their families.
A 100-bed treatment centre is now under construction in Port Loko, but it will not be opened up until the end of November. By this point, WHO has warned there may be a need for 4,000 beds in the country.

The Ebola virus has a mortality rate of between 50 and 70 per cent, and the Zaire strain causing the current outbreak is particularly deadly.
According to the latest WHO figures, the outbreak has already killed an estimated 4,960 people and infected 13,268.
Of the three main countries affected, Liberia has suffered the most. The way events are developing, however, it seems possible Sierra Leone could soon take this spot.