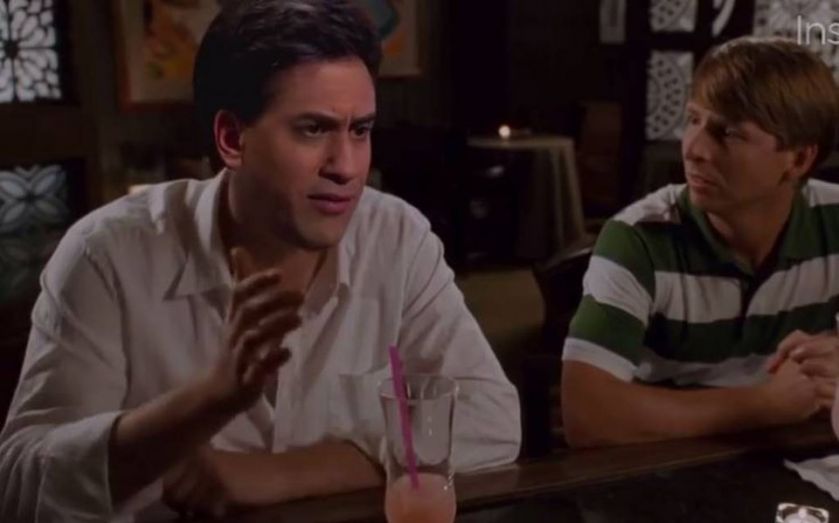 After those crazy, heady days of Milifandom – and before that, the meme that was bacon sandwich –  it was only a matter of time before the internet turned its hand to Ed Miliband's defeat and his unlikely love-in with Russell Brand.
Brand fell so hard he called for viewers of The Trews (apart from those in Brighton) to vote Labour, eschewing his usual apathetic stance towards voting.
Miliband responded by dropping his aitches during his interview with the comedian-turned-revolutionary.
Sounds like the start of a romantic comedy to us. And to the creators of this trailer, which uses Forgetting Sarah Marshall – a 2008 film starring Brand – to imagine what it could look like with the former Labour leader in the love-lorn romantic lead role.
The blurb says:

After a crushing defeat in the polls, Ed is left to pick up the pieces alone and broken hearted as Russ comes to terms with his brief dalliance with democracy.

Watch the trailer below. Early contender for film of the year?

Update: Even Brand himself has backed the vid. No word from Ed yet though…