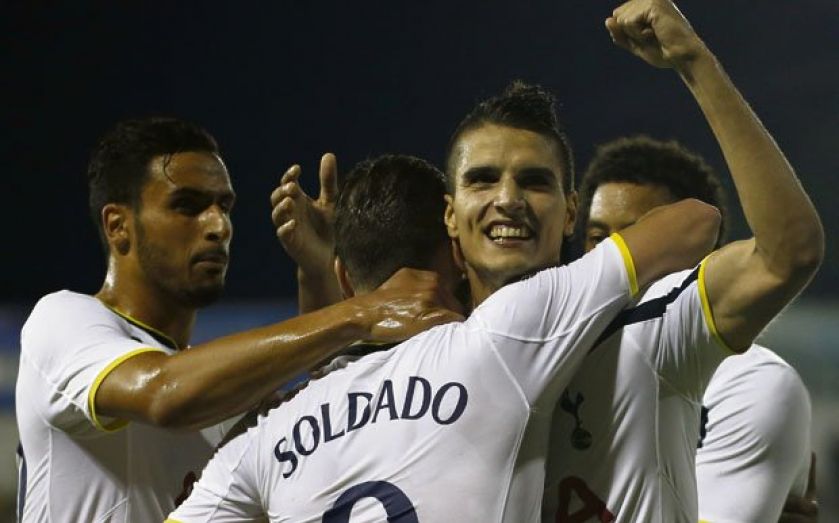 TOTTENHAM boss Mauricio Pochettino praised the impact of his super subs as Spurs overturned a half-time deficit to secure a narrow first-leg lead in their Europa League qualifier against AEL last night.

Argentine winger Erik Lamela made a positive impact after being summoned from the bench in the second period, while the contributions made by two of Spurs’ returning World Cup stars also pleased Pochettino.

“Erik Lamela, Nacer Chadli and Mousa Dembele had an impact when they came on, which is important,” he said. “I’m very pleased for Harry and Roberto also, strikers always want to score and they both scored. In the end it was an important win.”

Lamela and Soldado endured an uninspiring first season at White Hart Lane but were involved in Tottenham’s leveller against the run of play with just over 15 minutes remaining.

Kane, who had earlier struck the crossbar, collected a Lamela pass to flash an effort into the top corner six minutes later as Spurs head into Thursday’s second leg in pole position to claim group stage qualification.