Bad day at the office: Climate change activists protest outside the wrong building 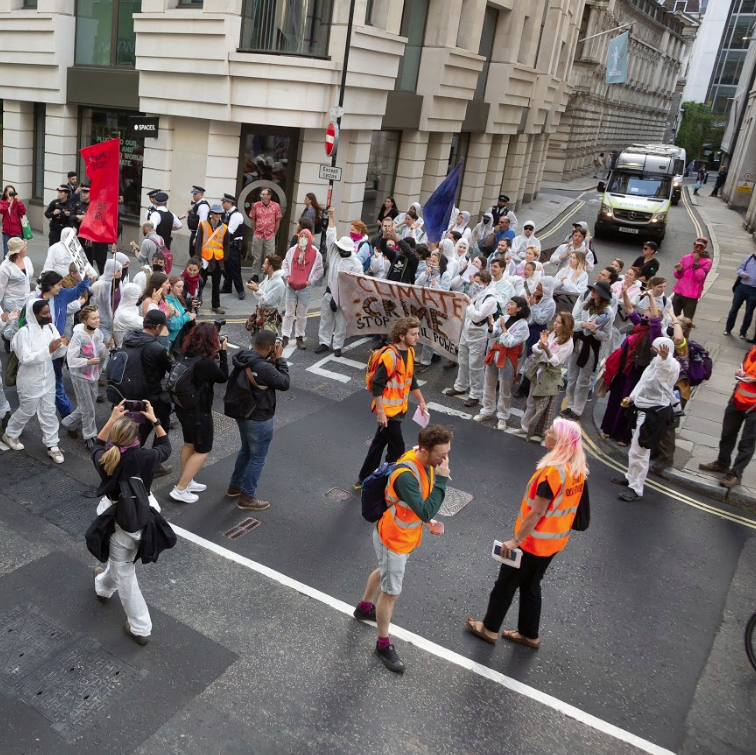 Green protesters were left red-faced today after targeting the offices of a renewable energy company by mistake.

Several hundred climate demonstrators from a group called “Reclaim the Power” descended on the Square Mile to picket what they had thought was the headquarters of Drax, only to find out that the gas and energy group had moved offices more than a year ago.

The activists had instead chained themselves to a block in Moorgate that is now occupied by Europe’s leading renewables generator, Statkraft.

“There was some confusion” admitted one protester present at today’s rally.

Roughly 250 people carrying signs and wearing white boiler suiters marched through the City of London as part of a demonstration against Drax over its plans for a new gas-fired power plant in Yorkshire.

Offices belonging to asset management giant Schroders and Big Four accountant Deloitte were also targeted for their links to Drax.

Member of the group sang and chanted along the march while also carrying banners such as: “No Borders, No Nations, No Gas Power stations.”

Outside of London, Reclaim the Power had also been campaigning at SSE’s gas power plan in Lincolnshire.

Read more: Why the Square Mile must break its silence on China

The group said that they had blocked both entrances to the site and scaled cranes at the plant.

One activist vowed to City A.M. that there would be more such demonstrations to come in the Square Mile: “The City should be worried”.