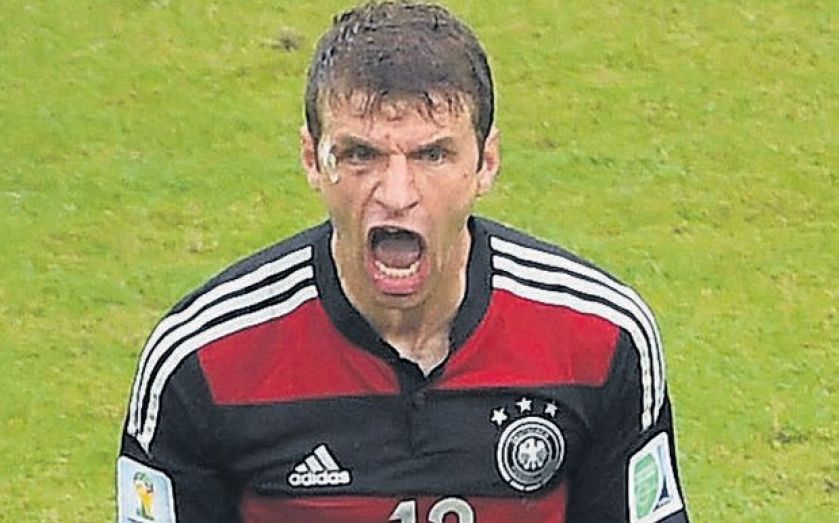 USA coach Jurgen Klinsmann hailed a triumph against the odds after guiding his unfancied team into the knockout stage of the World Cup despite defeat to his native Germany last night.

Portugal or Ghana could have overtaken the Americans in the final round of Group G fixtures, but the former’s 2-1 win in Brasilia was not enough to pip Klinsmann’s men on goal difference.

Bayern Munich forward Thomas Muller’s fourth goal of the tournament was sufficient to sink USA and confirm Germany’s progress to the last 16, where they will meet Algeria.

A first defeat in Brazil, especially against the country he served with distinction as player and coach, left Klinsmann with mixed feelings, though he could not help savouring a second-round place.

“We created too few chances, but it’s still fantastic to go through,” said the former Tottenham striker, whose USA team face Belgium next. “Everybody said we had no chance, but we’ve taken it and we’re now in the last 16.”

Suspicions that both teams would play for the draw that would guarantee their progress evaporated in the first half as Germany in particular went in search of goals.

It was not until the 55th minute that Muller struck, though, firmly sidefooting past Tim Howard from the edge of the box after the Everton goalkeeper had parried a shot. The goal made Muller joint top scorer in Brazil and was his ninth in nine World Cup games – a rate matched only by Pele.