From the World Cup to Ashes series and The Hundred: English cricket's battle for hearts and minds 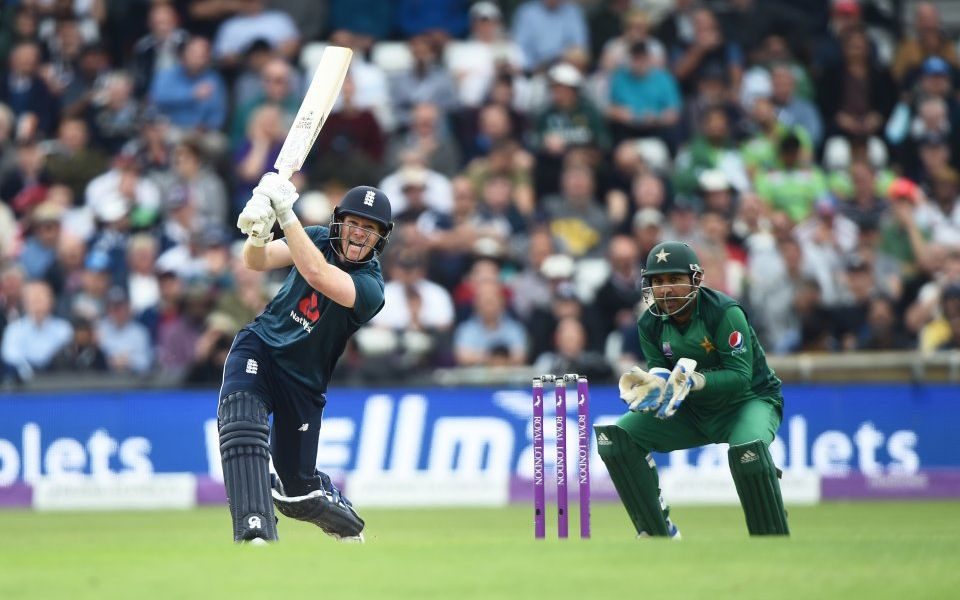 With the biggest ever summer of international cricket about to start, featuring a men’s World Cup as well as men’s and women’s Ashes series, the sport faces perhaps its greatest challenge. But will such riches put cricket back in the public consciousness for the first time since 2005?

That year’s Ashes series marked the end of terrestrial television coverage stretching back decades during which, for large swathes of any given summer, you could watch cricket seven days a week.

It might not have been acceptable in the ‘80s or ‘90s, but it was possible. Five days of Test cricket had a John Player Sunday League squeezed in on the Sunday, a rest day, while on the seventh day, God unleashed a stellar complement of international stars on the NatWest Trophy.

Every generation has its heroes but the sight of Viv Richards cracking windscreens or Malcolm Marshall cartwheeling stumps – and, frequently, batsmen – around the shires was all you needed to become hooked on the game.

Who knows how many England cricket chiefs are Joni Mitchell fans, but there has, since 2005, been a sense that you don't know what you've got ‘til it’s gone.

Channel 4’s live coverage of that year’s Ashes attracted 8m viewers yet by the next home series in 2009 an all-encompassing broadcast deal with Sky was into its fourth season. While coverage was more innovative and engaging than ever, the audience for England’s series-clinching final-day victory was a mere 2m.

Sky's coverage of cricket is sophisticated but only available to subscribers (Source: Getty)

Let’s be clear: Sky’s huge investment has helped England scale new heights of professionalism and performance and its coverage is highly sophisticated. Furthermore, Sky’s support for women’s cricket, and women’s sport in general, has received far less credit than is due.

The great challenge for sports governing bodies, however, has long been to maintain a balance between reach and revenue. Since choosing the latter in the hope that success would inspire a new generation, cricket has rarely been able to nudge its way onto the front pages. It is not a coincidence that, across the same period, the grassroots game has suffered.

Reversing this process is the fundamental challenge facing the England and Wales Cricket Board (ECB), but times change and nowadays there is simply no terrestrial broadcaster able – or inclined – to allocate eight-hour slabs of scheduling to Test cricket.

Nor is it necessarily the case that audiences, particularly younger ones, would watch it anyway. The amount of time young people spend watching sport on TV is decreasing at an alarming rate for broadcasters and administrators.

Cricket's equivalent of the iPad

The ECB’s answer is The Hundred, a brand new format that jettisons the concept of overs in favour of innings consisting of 100-ball countdowns.

Now, The Hundred has not been universally well received. As a broadcast-friendly format designed to hook the most casual of sports consumers, though, it has convinced the BBC to host live cricket for the first time this century.

Of course, that’s only half the job. The Hundred has to attract audiences with limited interest in cricket. This makes it cricket’s equivalent of the iPad in that its target customer has no idea they want it until it is launched.

The concept is certainly disruptive, to use the current marketing argot, but the ECB will be keen to avoid alienating the game’s existing fanbase, notable not only for its affluence but also for its diversity.

After all, this is what has attracted and retained the interest of major commercial partners, not least NatWest whose longstanding support for English cricket will enter its 40th season next year.

England's men and women are both looking to reclaim the Ashes this summer (Source: Getty)

For now, alienation seems way off given the speed with which the vast majority of World Cup and Ashes tickets have sold out, and the sport undoubtedly has an incredible, unprecedented summer ahead of it.

Teams are queuing up to upset favourites England in the World Cup, though, and with strong Australian men’s and women’s squads soon arriving to defend the Ashes, the hosts will be desperate to avoid complacency.

As for Joni Mitchell, England fans will hope the only taxi being ordered will be for Mitchell Starc and his Aussie teammates. Otherwise, defeat in the World Cup and the Ashes might mean English cricket faces a future that is altogether more stark. The Hundred might then become the most important century in English cricket.