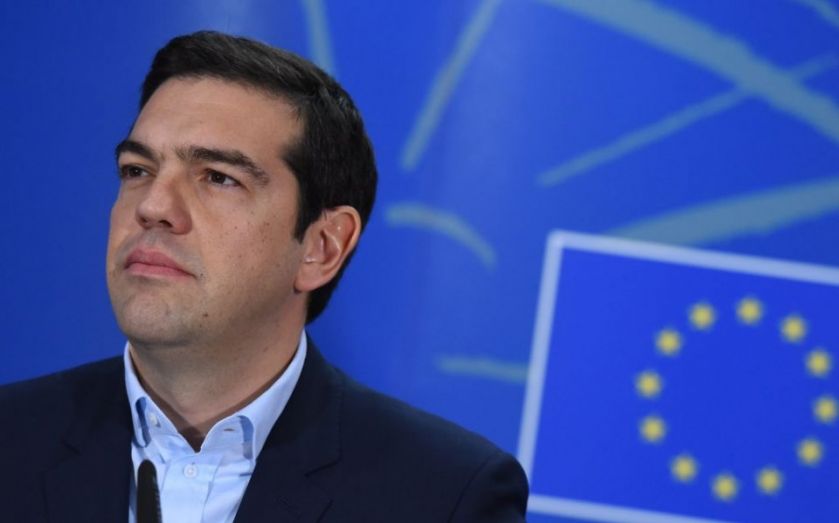 The sovereign debt crisis that gripped the Eurozone in 2011-12 threw into the spotlight the problems with a currency union lacking fiscal transfers between members and the mutualisation of their debts. Indeed, it was only when European Central Bank (ECB) president Mario Draghi vowed, in July 2012, to do “whatever it takes” to save the single currency that market fears of a Eurozone unravelling began to subside.

A month later, the ECB launched its Outright Monetary Transactions (OMTs) programme, consisting of secondary market purchases of sovereign bonds from the stressed Eurozone periphery. OMTs have since helped to dramatically reduce bond spreads across the Eurozone, and bring risk premia on Spanish and Italian debt to all-time lows. Nonetheless, fierce opposition from the German government has prevented explicit debt pooling from becoming a reality.

Now, nearly three years on, the election of radical left-wing Syriza to lead struggling Greece has again raised doubts about the Eurozone’s integrity, prompting renewed calls for fiscal union to complement monetary union. Bank of England governor Mark Carney joined the chorus last week, chastising European politicians for their failure to embrace greater “risk sharing” between countries, and arguing that “such timidity has costs”. The prospect of an uncooperative government bent on rolling back its predecessor’s reforms and renegotiating Greek debt with its (mostly Eurozone government) creditors has quickly brought back the spectre of Grexit.

Carney is right to point out the difficulty of sustaining a currency union without mechanisms for the stronger members to support the weaker ones in times of trouble. Yet to suggest that fiscal union is the key to solving the Eurozone’s woes, as many have implied since the onset of the crisis, is akin to claiming that crutches are essential to prevent broken limbs. Fiscal union is a useful backstop in times of emergency, but the essential ingredient for a healthy Eurozone is the sound fiscal position of its members. In other words, reforms are what really matter.

This is illustrated by the ongoing sequel to the sovereign debt crisis. While world markets and Brussels policymakers fret about the future of Greece, yields on Spanish and Italian bonds, which reached prohibitive heights in summer 2012, remain at historic lows (doubtless aided by the ECB’s launch of QE earlier this year). The rest of the periphery has decoupled itself from the fate of Greece – Portugal, Italy, Greece and Spain (PIGS) can no longer be viewed as a uniform band of profligate Mediterraneans.

Why is this? For the past year and a half, and to varying degrees, the fiscal picture in Spain, Portugal and Italy has visibly improved. Deficits, while still above the 3 per cent of GDP limit mandated by EU rules, are falling. Financing costs have sharply declined, and much needed reforms of labour markets, tax codes and public spending have been initiated – though tentatively so. Crucially, painful but unavoidable internal devaluations are taking place, bringing wages into line with productivity, after a decade of inflated salaries, following the introduction of the euro.

By way of example, unit labour costs in Spain climbed by close to 30 percent between 2002 and 2009 – more than three times the German rate. They have since declined by ten percentage points, significantly narrowing the gap. Reforms have spurred exports from the periphery, lifting purchaser and consumer confidence and leading to a more positive perception of the South’s (save Greece) outlook by world markets.

Monetary policy matters, and it was crucial in stemming the PIGS’ debacle in 2012. A push for fiscal union in the depths of the crisis might have helped to calm fears of a disorderly Eurozone break-up, albeit by placing a heavy burden on European taxpayers and reducing incentives for debtor countries to change course. Yet in the absence of profound reforms of the sort pursued by periphery countries since then, Carney’s proposed “risk sharing” would only have spread the misery around. By contrast, given sound fiscal management, transfers become less relevant, as the success of the nineteenth-century gold standard and Panama’s more recent dollar peg illustrate.

Markets may fear a Greek default, if creditors refuse to continue sustaining the country in the face of an unreasonable government. But what will determine Greece’s long-term prosperity is the extent to which it is willing to implement across-the-board market reforms and sound fiscal policies. Without them, Greek citizens’ suffering will only be prolonged – whether they pay their bills in euro or drachma.