How the Eurozone could survive without building a European super state 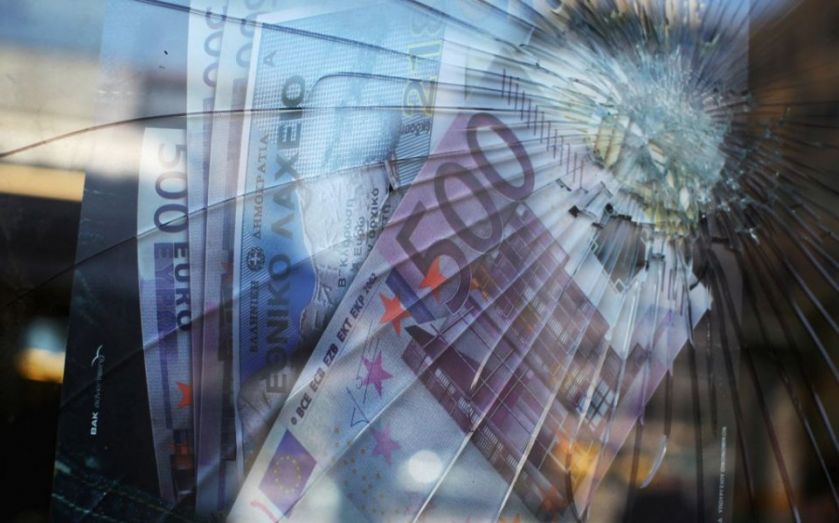 When the euro was adopted, British sceptics argued that it was impossible to have a single currency without a single country. They suggested that you need central control of fiscal policy to stop governments from borrowing too much. It was also argued that you would need huge fiscal transfers to depressed countries given that they could not follow independent monetary policies.
But many did not agree. German liberals, in particular, argued that, as long as the southern countries liberalised their economies and we had a strict no-bailout policy, we could have sovereign countries and a single currency. Indeed, there were even Institute of Economic Affairs’ (IEA) publications arguing the benefits of separating – in principle – currencies from governments and suggesting that the euro might be a step in that direction. In light of the Greek crisis, is there a future for a single currency without a single state?
If it had been possible to ensure that Greece was not bailed out by Eurozone members, there might never have been a Greek crisis. The Greeks would have defaulted, but life would have gone on.
The problem is that we are in a situation where nobody can move. First, there is no exit mechanism from the euro even if Greece wished to avail itself of the opportunity. Second, the European Central Bank (ECB) filled its boots with Greek debt through its monetary policy operations. We do not have a typical default situation whereby a wide variety of domestic and international private sector creditors will feel the pain. It is the ECB and other Eurozone countries that hold the debt. EU countries do not wish to allow Greece to default because it will encourage others to do so.
Greek debt has been socialised through the back door and it is difficult to see how this problem can be controlled in the future unless there is ECB control of taxation and government spending. But such central control by EU institutions of national government fiscal policy would not be desirable even if it were possible.
There is, in my view, one feasible long-term solution, similar to one outlined in an IEA publication, The Euro – the beginning, the middle and the end?, by German economist Bodo Herzog. We must have a system to ensure that monetary policy operations do not lead to the ECB being mired in bad debt. To do this, a series of staged, credible, rule-based mechanisms is needed.
When a country goes over pre-set borrowing or debt limits, the first thing that should happen is that the ECB should refuse to take that country’s debt in monetary operations. The next trigger should lead to the country losing its vote in monetary policy meetings. Then it should lose its seat on the ECB board. The final step would be that the ECB, in effect, disowns the country. At that stage, the offending country could carry on using the euro, just as non-Eurozone-member Montenegro does, or it could issue its own currency in parallel with or in place of the euro.
Now is a good time to begin thinking about how to strengthen monetary policy arrangements when the Greek crisis is finally solved. Of course, there may be no euro. But if a single currency remains, we need really effective mechanisms to ensure that no member country or the ECB ever becomes responsible for the debt of another member country again. Sadly, I suspect the path suggested above will not be followed and, instead, we will get more integration and central control of fiscal policy.