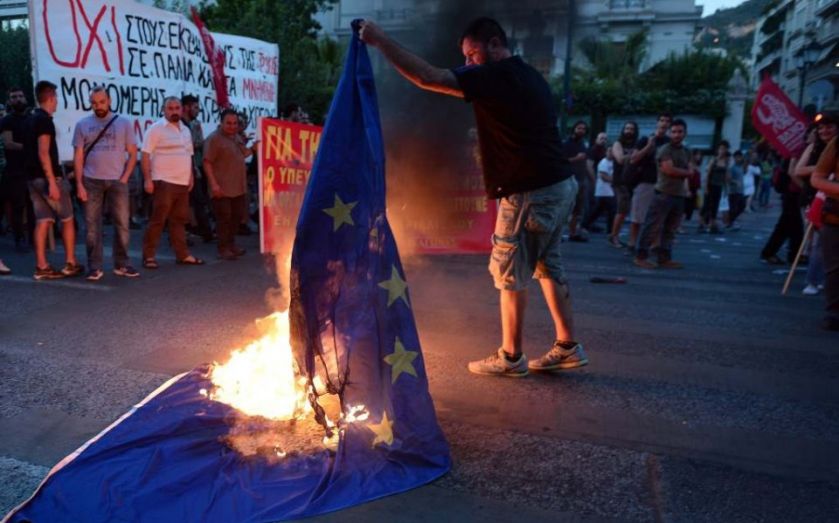 I have always thought there should be a special circle of hell reserved for those who cause major crises, but who then, through some sort of fluke, walk between the raindrops, suffering no ill personal effects as they bequeath the mess to posterity. If there is any justice, Yanis Varoufakis – the bombastic, overrated, erstwhile finance minister of Greece – will be in Dante’s inferno. Despite his reputation as a rock star academic, when it came to utilising game theory in the real world, Varoufakis played games, but theory seemed to have little to do with his erratic negotiating style.

As one European official said yesterday, Varoufakis wasted the past crucial five months of the Greek crisis, wrongly convinced for reasons that pass understanding that the European creditors would fold in the face of obvious bluffing from the Marxist schoolboys in Athens. As he now inks what is sure to be a lucrative book deal, dining out for the rest of his life on how useless the EU creditors are, it is worth remembering that Greece and its leaders are the primary authors of their own demise.

But despite the fact that he could not find water if he fell out of a boat, Varoufakis has been correct about one big thing. The endless, enervating Greek drama is now more about politics than economics, more about Germany than anything going on in hapless Athens. The crisis has proven so intractable because it is hard-wired into the fabric of how the European Union was constructed in the first place, illustrating the fallacy of trying to wish politics away from touchy European problems.

Following the calamity of World War II, it is easy to see why the architects of the EU would do almost anything to set up a system that determinedly removed the poison of politics from daily life. Problems would be settled by consensus, which itself would be driven by a bland, technocratic elite, proposing boring, miniscule policy outputs designed to lull the mass of Europeans to sleep. Europe’s post-war leaders preferred to put their countrymen into a coma rather than grapple with actually “solving” problems, a point of view that would put dangerous politics back on centre stage.

But exiling politics from policy was always going to be a fool’s errand; the wonder is that it has taken 60 years to unravel. For in a technocratic sense, Germany – led by the bland Chancellor Angela Merkel and her Euro-idealist finance minister Wolfgang Schaeuble – are entirely correct. After Greek Prime Minister Alexis Tsipras’s sneering, populist grandstanding, who in their right minds would trust him to implement any sort of deal, one that he had literally damned last week as a form of economic servitude?

Greece is asking for its third bailout in five years; it has yet to collect taxes, pare down its bloated public administration, deal with endemic corruption, or do much of anything concrete in the way of structural reform. Faced with this technocratic problem, Schaeuble (with Merkel’s blessing) provided a classic technocratic answer; in lieu of trust, the faceless, undemocratic EU bureaucrats must more formally run Greece directly.

But herein lies the rub. For the weekend’s Eurogroup proposal to Greece called for nothing less than its political surrender as a sovereign entity. To receive the new €86bn needed to keep the place afloat, Greece and its parliament – with a gun to their heads but to preserve the façade of democratic choice – must enact tough, new laws over labour market and pension reforms and taxes (which are actually vital, but that is beside the point). They must commit to an ambitious privatisation programme; if the programme fails, Athens must set aside €50bn in assets that the Eurozone could use to recoup its losses by selling them off. They must do all this in the next three days. Failure to do so would lead to Grexit, the end of the road. But here Germany and its allies have finally overreached.

For this amounts to the abject political evisceration of the Greek nation, a remarkable loss of sovereignty even for a system predicated on a pooling of sovereignty. It also – without question if it goes through as is – illustrates the total German domination of the European Union; it is no coincidence that the countries opposed to treating Greece too harshly – France, Italy, the US – are all distinctly nervous about Germany’s growing power within Europe. Whatever the outcome of the Greek crisis, politics has returned with a vengeance to the European continent.