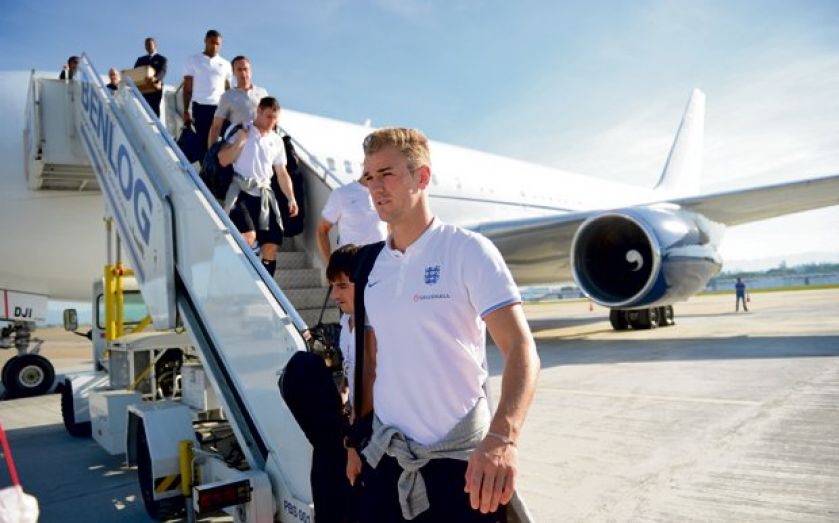 ENGLAND’S World Cup squad touched down in Brazil yesterday as preparations intensified for their opening match against four-time champions Italy on Saturday.

Roy Hodgson’s team made the nine-hour flight from stormy Miami, following Saturday’s lightning-disrupted goalless draw with Honduras, to Rio, where they will be staying at the Royal Tulip hotel and training at a military base against the backdrop of Sugar Loaf mountain.

The next stop will be hot and humid Manaus and, with the waiting almost over, Hodgson has hinted the Amazonian city is not the place to unleash his highly-rated young Lions on Saturday.

Eight of England’s squad are aged 23 or under, including midfielders Raheem Sterling, Ross Barkley and Jordan Henderson, as well as the injured Alex Oxlade-Chamberlain.

And while impressive displays in pre-tournament friendlies have sparked a clamour for Hodgson to throw caution to the wind and use the youngsters to spring a surprise on Italy, the former Fulham and Liverpool boss is keen not to get too carried away.

“I am just a bit concerned there is a mood at the moment that ‘let’s get rid of everyone who is not 18 or 19 years of age’ and go flying at the opposition from the start,” said Hodgson. “It’s a balance.

“But we are also going to make it clear that they can’t go gung-ho at any time. At all times you’ve got to be thinking ‘what happens if it doesn’t work out?’”