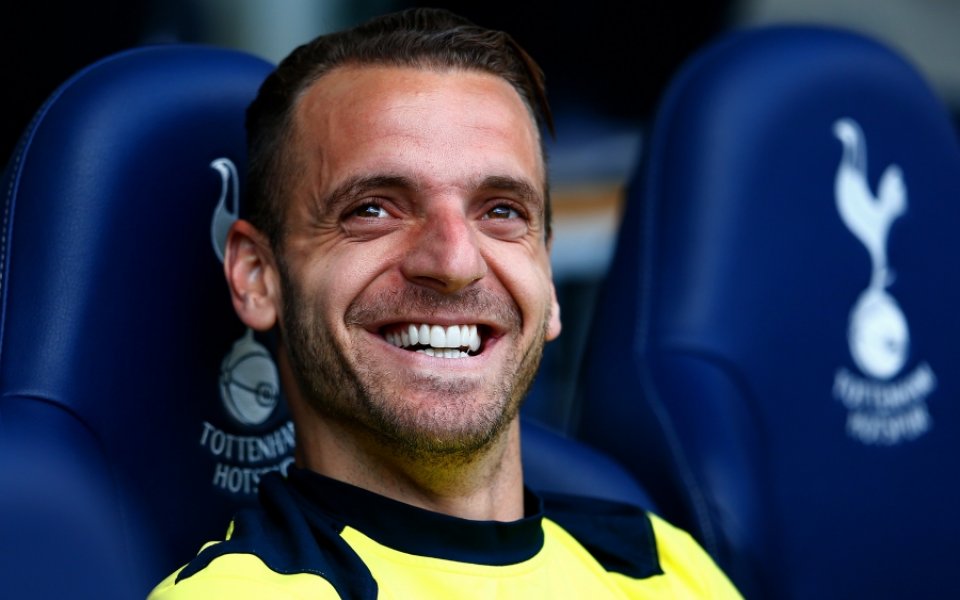 Tottenham are set to cut their losses on goal-shy forward Roberto Soldado as the Spaniard moved closer to finalising a move to La Liga outfit Villarreal.

Soldado has failed to live up to his billing since Spurs paid Valencia £26m for his services in August 2013. The 30-year-old has netted just seven Premier League goals – four from the penalty spot – in the ensuing two years.

“It is true that the club gave permission for Roberto to go to Spain,” said Tottenham boss Mauricio Pochettino. “The club will announce after that if something happens or not.”

Argentina playmaker Erik Lamela, another to have struggled since moving to White Hart Lane in a big-money move, appeared to confirm Soldado’s departure yesterday.

“I enjoyed these two years that we share. I wish you well in your new club. Good luck friend,” wrote Lamela on Twitter, a post which has since been deleted.

The imminent sale of Soldado heightens the need for Tottenham to reinforce their striking department. With Pochettino confirming that Emmanuel Adebayor has no future at the club, that leaves Harry Kane as the sole recognised striker.

The north London side, however, are closing in on a £10m deal for Cameroon forward Clinton N’Jie from Lyon.

Leicester striker Jamie Vardy, meanwhile, has been handed a fine, described by his club as “substantial”, and ordered to undergo diversity awareness training after making a racial slur in a casino.

Published video footage captured Vardy abusing a Japanese man on Sunday 26 July, although a prompt apology was taken into consideration when his club were considering punishment.