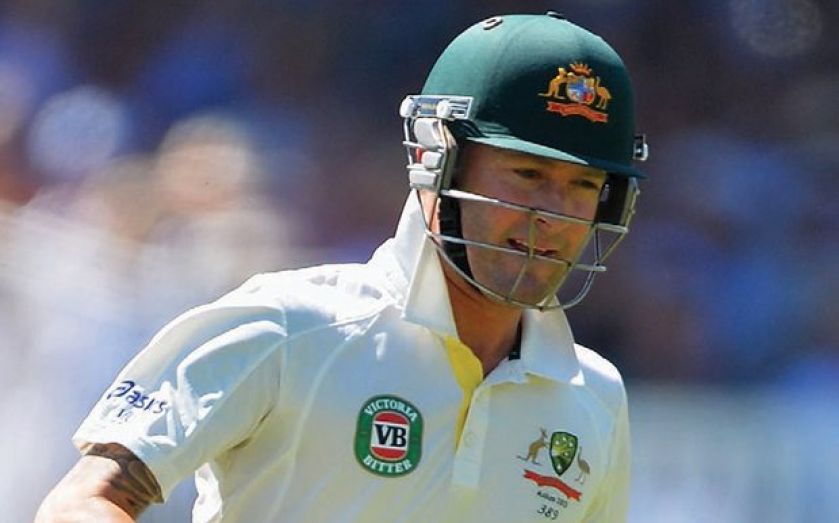 WHILE few people saw England’s performance in Cardiff coming, the man who was caught out more than most was Australia’s Michael Clarke.

Aside from the opening session on the first day, when their hosts were 43-3, his team were out-batted and out-bowled. He himself was comprehensively out-captained.

True to form, the visitors went hard at England. They set aggressive fields and mixed up their standard deliveries with plenty of short stuff.

But when a docile pitch failed to respond like the harder, faster ones back home they were lost. As soon as England escaped past 400 so too was the Test.

In contrast, the home side’s bowlers were full and straight. Stuart Broad’s consistent line and length was almost McGrath-like, and it is hard to see past him at 11/4 to be England’s top bowler in this Test.

For once Alastair Cook skippered thoughtfully, making excellent use of men on the drive to disconcert the opposition batsmen.

In Joe Root he has a man at the peak of his powers, while new coach Trevor Bayliss appears to have galvanised the dressing room in his quiet, unassuming manner.

As Cook’s team arrives at Lord’s this morning, therefore, it is Australia who appear to have all the problems.

Yet for their green and gold-wearing supporters, who trudged so disconsolately out of the SWALEC Stadium on Saturday night, hope springs eternal at HQ.

England’s issue in recent times has been consistency. In their last 20 Tests they have triumphed in seven, drawn four and lost nine. Their last six (W, L, W, L, W, D) resemble something of a cricketing hokey cokey. Furthermore, an impressive first innings average total of 400 in their last 10 Tests at Lord’s drops to 250 against Australia. At 346, their opponents’ record is almost 100 runs higher.

Historically, St John’s Wood is a happy hunting ground for the visitors. Since 1934 they have recorded 14 Test victories and suffered only two defeats.

Admittedly, those two reverses came in their last two Tests at the venue in 2009 and 2013. But it is worth noting that the game’s spiritual home is not an exclusive English enclave.

As former Australian Prime Minister John Curtin said in 1944: “Australians will always fight for those 22 yards. Lord’s and its traditions belong to Australia just as much as England.”

If Clarke can harness that spirit, and lead a little more thoughtfully than he did last week, Australia may still be the value to bounce back at 7/5 with Betway.

They have not become a bad side overnight and, as impressive as they were in Cardiff, England are no world beaters yet.