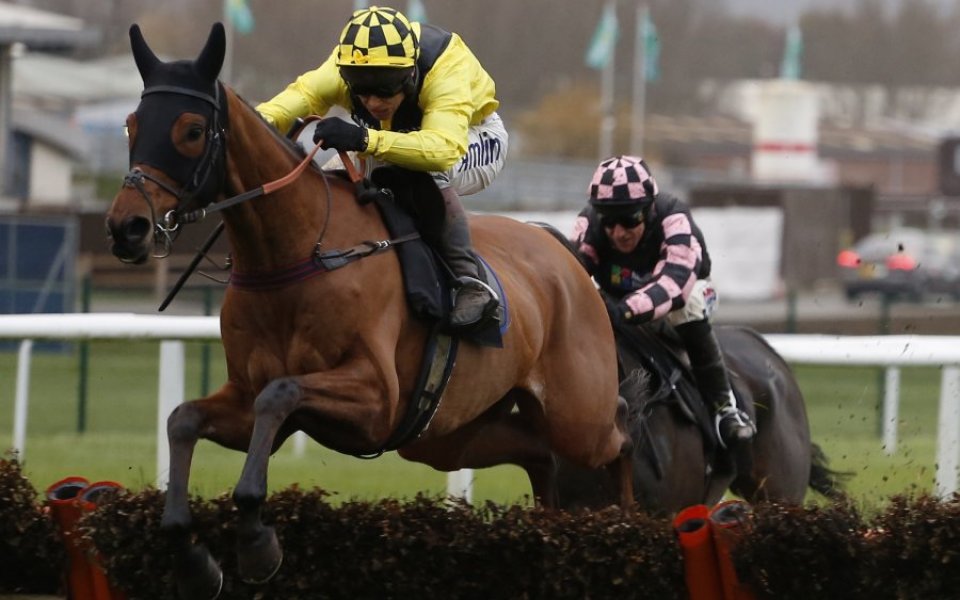 The weather gods are unrelenting at the moment, yet fortunately Saturday's meeting at Newbury looks like going ahead.

He’s easily the best in this line-up, hence Betway make him just 1/2, but the ground is going to be very soft and a watching brief is advised.

The big betting race of the day is the Betfair Hurdle (3.35pm), which Willie Mullins is trying to win for the first time.

Blazer has been well-backed all week following his comfortable win at Leopardstown last Saturday.

He’s undeniably well-handicapped, but this is a much harder race and he’s short enough at 4/1 with Betway, who are giving punters a free £10 bet if they place three bets of at least £10 on Saturday’s Channel 4 Racing.

Richard Johnson and Philip Hobbs have had a brilliant campaign so far and I fancy them to land another big Saturday handicap with STERNRUBIN at 9/1.

Although he’s up 8lb for dead-heating with Jolly’s Cracked It in the Ladbroke, this is a very progressive and tough five-year-old who handles soft ground.

Front-runners have a good record in this race and Johnson will surely try to dictate terms from the front. I think his mount will have too much for the likes of Modus and Blazer.

Paul Nicholls has won the Denman Chase (2.25pm) eight times and can make it nine with ROCKY CREEK at 6/4 with Betway.

Ballynagour has been disappointing this campaign and prefers better ground, while Houblon Des Obeaux has regressed.

This race has been won by some decent animals in the past, including Barters Hill last year, and King’s runner is expected to land this before having a crack at the Champion Bumper next month.