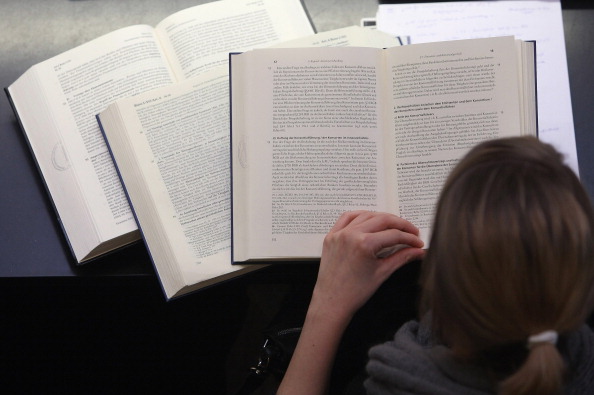 Pearson has held its guidance for the full year as the firm’s ongoing shift from textbooks to digital formats drove robust trading in the first half.

The publishing and education firm posted a two per cent decline in revenue to £1.83bn in the first six months of the year.

However, Pearson said this was driven by disposals such as the $250m (£201m) sale of its US K12 courseware business earlier this year, and revenue increased two per cent on an underlying basis.

Statutory profit plunged from £233m to £37m due to disposals and high restructuring costs, but adjusted operating profit rose 35 per cent to £144m.

Shares in Pearson rose more than five per cent following the announcement.

The FTSE 100 media group, which was once the world’s largest publisher, has been hit by a decline in revenue in recent years due to a fall in demand for its textbooks.

But the firm has instigated a digital transformation programme, with plans to phase out print books completely and introduce a Netflix-style subscription model for its digital products.

Pearson said it has also made progress in its cost-cutting programme, slashing £60m in the first half. The firm has said it plans to cut £330m in costs by the end of the year.

“We’ve had a good first half, with underlying growth across all divisions, as we start to benefit from accelerating our shift to digital,” said chief executive John Fallon.

Pearson said it expects to post underlying profit growth and stabilise revenue for the full year, and return to revenue growth in 2020.