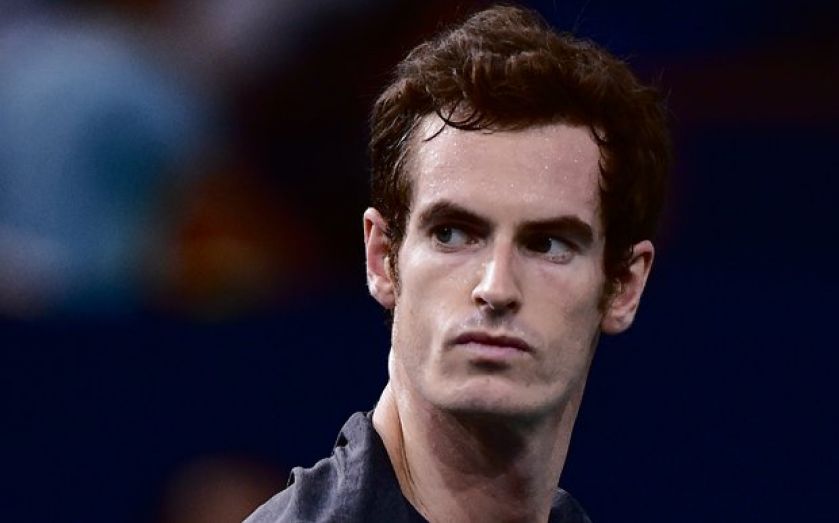 REVITALISED Andy Murray believes he is close to regaining top form after qualifying for the season-ending ATP World Tour Finals in London with an emphatic victory over Bulgaria’s Grigor Dimitrov at the Paris Masters yesterday.

The 27-year-old entered the tournament knowing a quarter-final berth would guarantee his place at the O2 Arena spectacle – he will face Serbia’s Novak Djokovic in the last eight – and render any mathematical calculations redundant.

World No8 Murray not only brushed aside ninth seed Dimitrov in convincing style, recording a 6-3, 6-3 success in 68 minutes, he also exacted revenge on the opponent who ended his Wimbledon title defence in July with a destructive straight-sets triumph.

But despite being forced to play extra competitions in a bid to make the finals after falling down the rankings following back surgery last year and an inconsistent start to the campaign, Murray issued a staunch defence of his season’s record.

“Since the French Open, I’ve played well to be honest,” said Murray. “I lost against some of the best players that have ever played the game in the slams this year.

“I lost to Roger [Federer] at the Australian Open, at the French I lost to Rafa [Nadal], Novak [Djokovic] at the US Open and then I didn’t play my best tennis against Grigor [Dimitrov] at Wimbledon.

“Around the French Open, I felt I started playing well, I just needed to get some wins against the top players to gain some confidence and I’ve managed to do that over the last few weeks.”

Murray’s chances of appearing at the London showdown appeared bleak until an exhausting run of 20 ATP match victories across six tournaments in 36 days, which included titles in Shenzhen, Vienna and Valencia.

With the two-time grand slam champion jumping to fifth in the Race to London standings over recent weeks, Murray is now plotting a strong end to the campaign and a potential top four world ranking in a bid to gain better draws in majors during 2015.

“It’s been a strong year after tough surgery and a hard beginning of the year,” he added. “I’m pleased with the way I’m playing just now and I hope it sets me up well for next season.”

THE LONDON LINE UP
Who’s in and who has work to do
■ Andy Murray joins Novak Djokovic, Roger Federer and Stan Wawrinka in reaching the ATP World Tour Finals
■ Croatia’s Marin Cilic, seventh in the Race to London standings, qualifies for the season-ending tournament by virtue of winning the US Open
■ Spain’s Rafael Nadal will not play again in 2014 due to appendix surgery
■ Three spots remain with Kei Nishikori, Tomas Berdych, David Ferrer and Milos Raonic in contention. Murray’s win eliminated Grigor Dimitrov