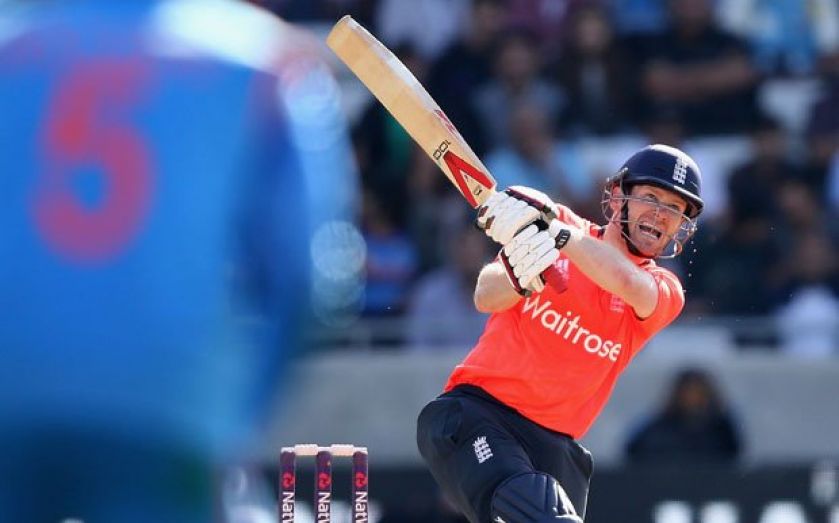 STAND-IN skipper Eoin Morgan insisted the England bowling unit profited from the mistakes of their Indian counterparts after the hosts salvaged pride from the wreckage of the limited-overs summer with a nerve-shredding three-run T20 international win at Edgbaston yesterday.

Morgan smashed a record-equalling seven sixes in an exhilarating 71 as the captain injected momentum into a stalling innings with England taking 81 runs from the final five overs to set an imposing 180-7.

India appeared on course after Virat Kohli’s 66 but tight death bowling turned the tide in England’s favour as the tourists failed to chase down 26 from the final two overs with expert finisher Mahendra Singh Dhoni at the crease, closing on 177-5.

Morgan’s half century was a first by an England skipper in a T20 international for five years and the powerful left-hander admitted his troops were expecting another trial by spin.

“We found when we batted the fuller ball, whether it was a yorker or a full toss, was easy to hit,” said Morgan. “We expected it to turn square but it didn’t and we went back to what we thought they should have bowled.”

Requiring 17 from the final over, Dhoni cleared the boundary rope off Chris Woakes’ first ball before the all-rounder recovered his composure to concede just seven more, as victory was secured from a clash in which Morgan feared another barrage of attacking Indian strokeplay.

“We got ourselves a good score but we felt with the calibre of batsmen India had they would be hard to stop,” he added. “There’s very little margin for error when Dhoni is at the crease but we held it together really well.”