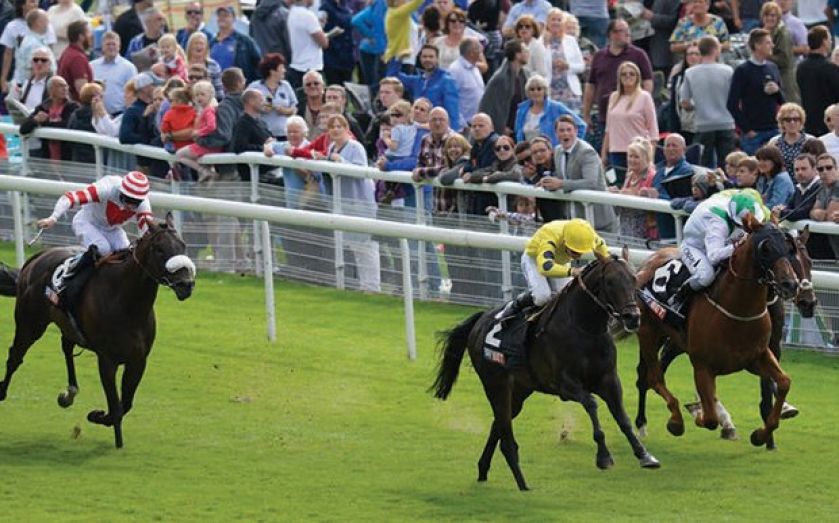 Even though a field of nine are set to contest today’s Group Two Lennox Stakes (3.10pm) at Goodwood, the betting suggests that only two stand a chance of winning.

Last year’s runner-up Toormore is the 7/4 favourite, with Dutch Connection just behind at 5/2, and he is expected to go close again after a solid run in the Queen Anne.

I’m reluctant to back a horse at those odds who struggles to get his nose in front, however, particularly one without a victory since April 2014, and I’d argue there are also doubts about his main market rival too.

The Sussex Downs saw plenty of rain last Sunday and there’s no guarantee that the Jersey Stakes victor Dutch Connection will handle too much give in the ground.

The form book would give him every chance and, if he does handle the extra cut, then he’s your obvious winner. But I prefer a few more answers than questions when getting involved with a 5/2 shot.

If anything, yesterday’s announcement that Limato is a non-runner for this race has reinforced my opinion that the market leaders should be avoided.

For those in search of a bit more value ASCRIPTION and ABSOLUTELY SO tick the boxes. Not only are they proven to stay the trip and appreciate the soft ground, they’ve both won at the track and can be backed at 9/1 and 12/1 respectively with Betway.

Absolutely So built on his seasonal reappearance with a steady victory in Listed company at Windsor and, bearing in mind that win did not come on more favourable ground, should continue on an upward curve.

His trainer Andrew Balding has notched up five winners last week so I’ll be keeping a close eye on his entries throughout the Festival.

If Balding is in-form then Ascription’s handler Hugo Palmer is red-hot, having saddled six winners from his last 12 runners.

His Lennox Stakes hopeful finished half a length in front of the aforementioned Absolutely So at Haydock and, like Balding’s horse, is lightly raced for his age and could be due to improve.

Don’t get me wrong, Group Two contests at the Glorious meeting aren’t easy to win competing against household names who hold form at the top level. But the 9/1 and 12/1 about two horses that look set to improve against those that may sink into the surface screams value to me.

There’s an argument to be made for Richard Hughes’ mount, Tupi, as well, given his eye-catching run in the Sir Henry Cecil Stakes at Newmarket.

But the step back in trip could leave the three-year old a little flat-footed against today’s speedier rivals. Like others he’s not proven himself on ground with soft in the description either.