Manchester City’s owners have signed a deal with the technology company that helped build the “secret sauce” behind Germany’s 2014 World Cup win.

The City Football Group, which also owns Melbourne City, New York City and Yokohama F Marinos, has signed a multi-year partnership with software provider SAP which it says will "transform the way its football teams operate and perform”.

SAP, which built the data collection and player analysis platforms used by Germany during their triumphant World Cup run in Brazil, has joined forces with CFG to create technological advancements that it hopes will improve its teams’ chances on the pitch, as well as enhance fan engagement and increase efficiency across the international organisation.

“This is the most important thing that we do: whatever it takes to win football matches and win trophies.

“Every week we’re competing in one league or another so we’re looking for people and benefit from having people in the organisation who are curious and hungry to find a way to perform at a higher level.”

City Football Group’s teams are renowned for their near unrivalled spending power – just this week New York City made Andrea Pirlo one of the highest paid players in Major League Soccer’s history – yet that hasn’t prevented the organisation from also paying attention to the small details.

What chairman Khaldoon al Mubarak calls the group’s “constant drive for innovation” is present in its City Football Services arm which works across continents with its various teams to share findings on recruitment, development and training.

For example, City Football Group will take advantage of the live player tracking allowed in Australia’s A-League to learn and experiment with technology at Melbourne City. 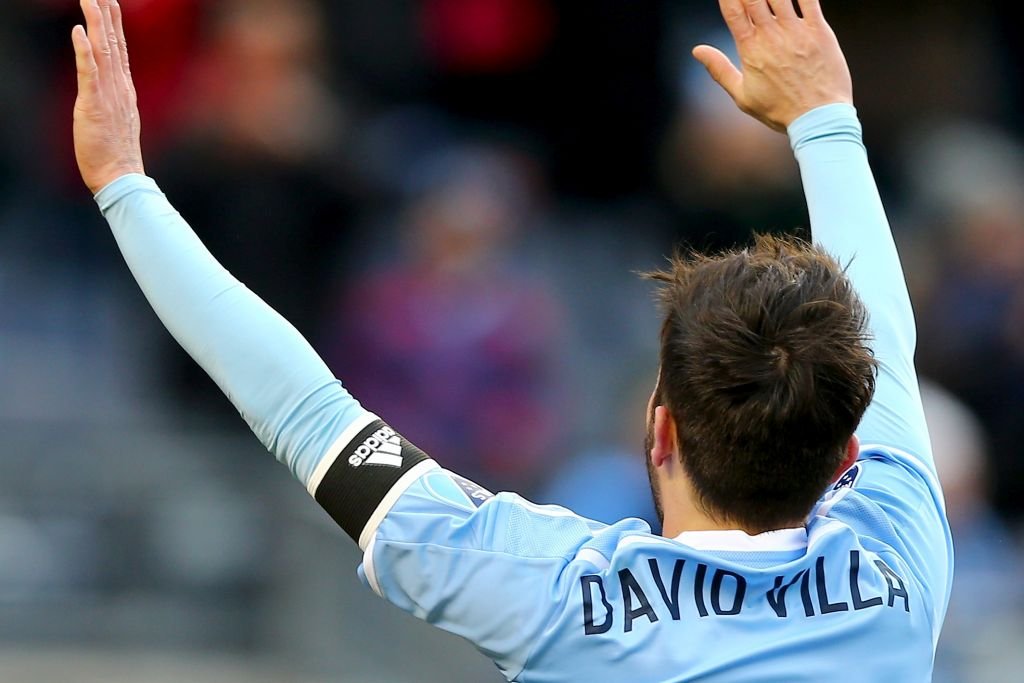 Former Barcelona star David Villa is one of the big names to have moved to New York City FC (Source: Getty)

“We have guys right now across our first team in Manchester who are meeting with nutritionists on their personal diet program, they’re monitoring their sleeping patterns, they’re watching video while they’re having lunch after training, taking video home with them at night to study. These guys live in a competitive world,” he said.

“They’re competing to keep their shirt and their position in the side as well as to be a good teammate and perform at the weekend. Their workday doesn’t stop when they finish their training session. They’re using a mobile phone or tablet or both to continue to prepare and to learn and to analyse how they’re doing and how the team’s doing.”

Such foundations help make SAP a perfect match, according to its vice president of global sponsorships Chris Burton.

“The great thing for us with Manchester City – we could have gone in other directions across the UK – was the fact that they do have this really powerful focus on winning through their City Football Services group where they focus on all the elements it takes to win."

Accessibility and ease of use for the men on the pitch is key.

“A 20-year-old player comes up into the first team right now – he’s digitally native, he’s grown up with technology,” says Burton. “So he’s going to be very comfortable with the use of technology and he’s going to want to understand how that technology help him or her become the best player. So that’s really the game changer, that people at the end of the supply chain that play the beautiful game, they’re going to be very receptive to using technology because they’ve grown up with it.”

And yet, it’s not just about having the information and building the technology that achieves results on the field.

“The technology is not really the secret sauce”, admits Burton. "It’s what you do with it. And we believe we’ve found the right partner in the City Group to use our technology in an innovative way.”