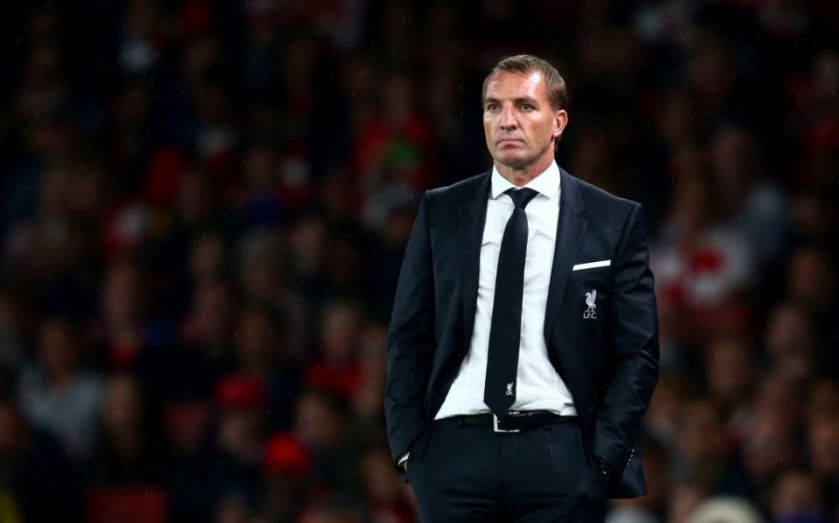 Former Borussia Dortmund manager Jurgen Klopp and ex-Chelsea boss Carlo Ancelotti last night emerged as favourites for the Liverpool job after Anfield chiefs sacked Brendan Rodgers.
Rodgers’ departure was announced just hours after the Reds drew 1-1 at Merseyside rivals Everton and on a tumultuous day that also saw Dick Advocaat quit Sunderland but Jose Mourinho spared by Chelsea.
Klopp has been linked with Liverpool in recent weeks and is out of work, having resigned from Dortmund, whom he furnished with two German top-flight titles and a Champions League final appearance, in May. Ancelotti, who led Chelsea to the double in 2010 but was sacked a year later, has been unemployed since leaving Real Madrid, where he won the 2014 Champions League, at the end of last season.
Read more: Mark Lawrenson: Liverpool boss Brendan Rodgers’ time could be up
“Although this has been a difficult decision, we believe it provides us with the best opportunity for success on the pitch,” the club’s American owners Fenway Sports Group said.
“Ambition and winning are at the heart of what we want to bring to Liverpool and we believe this change gives us the best opportunity to deliver it. The search for a new manager is underway and we hope to make an appointment in a decisive and timely manner.”
Rodgers took charge in 2012 and almost led the club to the Premier League title in 2014. Yesterday’s draw, in which Romelu Lukaku equalised a Danny Ings header for Liverpool, left them 10th in the top flight.
Advocaat, meanwhile, walked away from Sunderland and waived a pay-off four months after shelving plans to retire and making his temporary spell in charge more permanent.
Read more: Brendan Rodgers blasts wastefulness as Europa victory eludes Liverpool
The Dutchman, 68, engineered an unlikely escape from relegation last term but Saturday’s 2-2 draw with West Ham took the Black Cats’ tally to just three points from eight games in this campaign.
“He was hugely respectful of the club in taking this decision and he acted 100 per cent in our best interests,” said Sunderland owner Ellish Short. “It is also testament tog his character that he has foregone any kind of a financial settlement, something very unusual in football.”
Former West Ham boss Sam Allardyce, who left Upton Park in the summer, is among the favourites to replace Advocaat.
Mourinho, however, is believed to have received reassurance from Chelsea’s board despite Saturday’s 3-1 defeat at home to Southampton representing the champions’ fourth league loss already this season.
After the match he appeared to challenge the club to dismiss him, saying: “If the club want to sack me they have to sack me because I am not running away from my responsibilities or my team.”