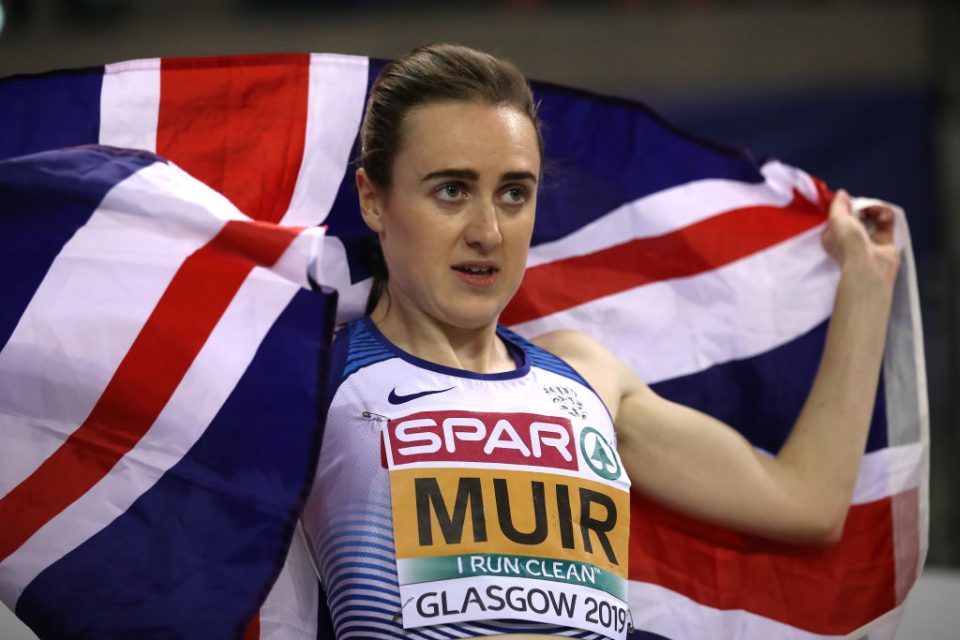 Laura Muir is not your average sportsperson.

Despite being one of Britain’s best athletes, the softly spoken Scot’s feet remains planted firmly on the ground ahead of a big summer on the track.

At 26 she’s already accomplished so much, with a historic double-double over 1500m and 3000m at the European Indoor Championships in March adding to her array of medals and records.

Read more: Why Sam Torrance is backing Jon Rahm for success at The Open

While the pursuit of accolades sees her train six times per week and travel all over the world for training camps and Diamond League events, Muir is most at ease at home in Glasgow going about everyday life.

She describes herself as “pretty chilled-out” and while she does get recognised more often following high-profile gold medals, such as her 1500m success at the 2018 European Championships in Berlin, she can still “blend into the crowd”.

Her grounded nature comes from her upbringing, but also her unique route into athletics.

Muir had no aspirations to be an athlete; she began running purely for enjoyment. It was only her move to the University of Glasgow in 2011 to study veterinary medicine and her meeting with university athletics coach Andy Young which prompted a shift in emphasis.

She continued to study hard for her degree but, with Young on board, she began to train harder and realise her potential, developing dual passions as a rising star in athletics. World junior appearances and a first Great Britain cap came quickly as she shot up through the ranks.

Muir graduated from university in 2018 as a qualified vet before making the difficult decision to pursue athletics full-time.

“There are definitely different ways of developing,” she tells City A.M. “Some child prodigies have come through and made a career out of athletics, but certainly my later start hasn’t done me any harm.

“Deciding to leave veterinary behind has been hard. I did seven years at vet school when I didn’t think about athletics, but I realise I’ve only got a 10-year window in which to give athletics my all.

“But in a way it takes the pressure off. When you’re making a living through performance it can be tough, but I’ve got something else besides athletics.”

Right now, though, it’s all about athletics, not animals. She will run the 1500m at London’s Muller Anniversary Games this weekend before turning her attention to the World Championships, which take place in Doha, Qatar in late September.

After a brilliant beginning to the outdoor season, in which she won the Diamond League event in Stockholm in May, ran the second-fastest 1500m time of her career in Rome in June and ran a personal best in the 800m in Monaco last week, Muir is now ranked No1 in the world over her preferred distance.

She may be enjoying a perfect start to the summer, without the distraction of veterinary work, but every race is still an opportunity to improve.

“The 1500m is unusual because it can be run different ways,” Muir says. “There are a lot of tactical aspects to it, so it’s exciting to run and watch. There’s a bit of an art to judging it and I’m still learning from each race.”

Although her biggest competitor, Ethiopian Genzebe Dibaba, won’t be competing at the London Stadium this weekend, Muir faces a tough race, with Olympic and world 1500m champion Faith Kipyegon of Kenya the biggest threat.

“This year is a huge one for me,” Muir says. “I have really fond memories of running at the Anniversary Games so I’m looking forward to coming back and competing against a strong field.”

If all goes to plan, London can provide the launch pad for Muir’s ultimate goals of the World Championships and 2020 Tokyo Olympics.

Tickets for the Muller Anniversary Games are on sale at: www.theticketfactory.com/british-athletics