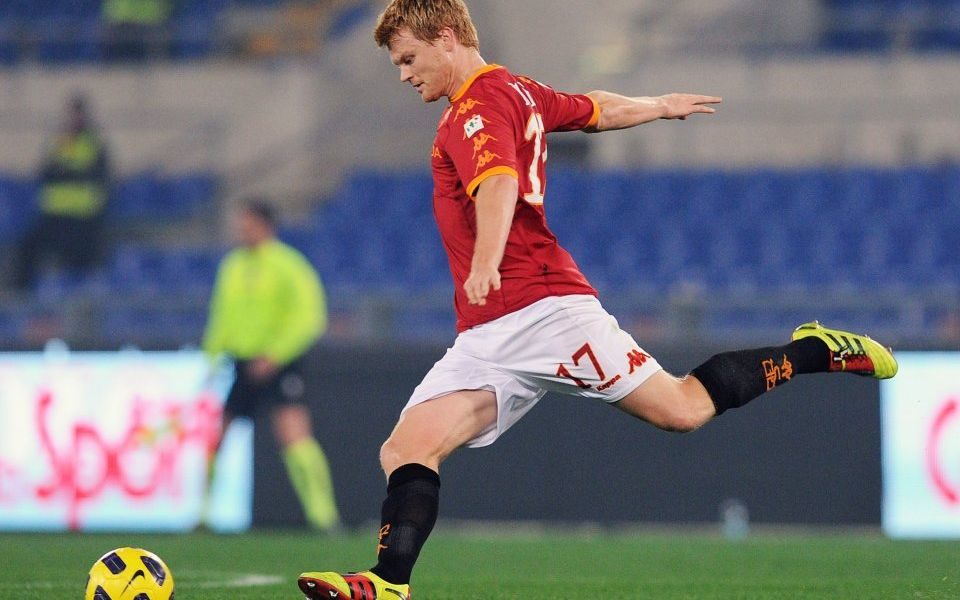 But unlike some, the former Liverpool player did not make a clean break from the sport. He did not crave time away. Far from it.

The Norwegian’s enduring love of football has meant he hasn’t gone far since hanging up his boots in June 2016, taking on a range of roles away from the pitch.

Riise has grabbed every opportunity that has come his way, being an agent and a club ambassador as well as dabbling in punditry and coaching. The 38-year-old speaks to City A.M. at a bar in south London where he is promoting the latest string to his bow: his autobiography, Running Man.

“It was tough to make that decision because football has been my life. I saw myself playing until I was 40. But I’m happy I did it because I’ve had so much to do since. Now I can be involved in football in a different way.”

But tearing himself away from his passion wasn’t easy. Having retired aged 35 there is still a voice in his head which insists he should be out there playing.

“I sit now watching TV, watching players and I think, ‘how on earth are you playing in the Premier League?’ That’s because I’m thinking to myself: ‘I can still play. Give me three months of pre-season, of working hard and I’ll be playing at that level, because you’re shit.’ I keep saying that,” he says.

“My brother still plays and I’m jealous of him. I went to America with Liverpool this summer [as an ambassador] and I was jealous of them. I’m happy with my choice but at the same time it’s nice that I’m missing something.”

Over his 20-year career Riise was known as a left-back with a rocket left foot and an inexhaustible engine. He helped win Ligue 1 with Monaco, before joining Liverpool in 2001 where he claimed the League Cup, FA Cup and famously the 2005 Champions League trophy. Spells with Roma, Fulham, APOEL Nicosia, Delhi Dynamos and home-town club Aalesund followed before Norway’s most-capped player called it a day.

He has approached life after playing with a similar attitude to which he showed on the pitch, charging into every facet head-first.

Riise’s passionate and opinionated presence on social media has transferred onto television screens, where his affinity with former club Liverpool and their fans is clear.

“I wasn’t a [Lionel] Messi or a [Cristiano] Ronaldo, I was just a decent left-back, but I can still have opinions,” he says. “I love working in punditry, sitting there talking about football. It doesn’t matter who plays. I love to have an opinion. I think I’m different. When you work as a pundit you need to bring the audience something different, something they don’t see themselves.”

That’s a quality the Norwegian believes he offers in the sometimes murky world of football agents. Riise joined the European arm of Global Finest Athletes through his former agent with the aim of helping guide players who might be in a similar position to where he once was.

“It’s about helping young players,” he explains. “There are so many people around, especially agents, who think about money. Money is important, but the most important thing is the player and that he gets support and trust and finds the right club.”

Money is at the heart of another of Riise’s talents though. He got into playing poker competitively a few years ago and took part in tournaments.

“I just love the game and how you have to work hard to become good, and I took one step and another,” he says. “That was more for the fun part, while I found my way.”

Having spent the last few years figuring it out, Riise is now sure what his pathway is. “The main target for me now is to become a coach. I’m trying to jump into that now and take my chance.”

He has completed his B badge and is now looking for coaching opportunities in his homeland or elsewhere in Europe where he can continue to learn while completing the A and Pro licences.

“I’d rather jump into something and take a chance and miss then sit and wait,” he explains. “I’m confident in what I want to do and how I want to do it. I see myself probably starting a little lower and building up.”

Riise has spoken to former Liverpool team-mate Steven Gerrard, who progressed from Liverpool Under-18s to take over Rangers in the summer, where he is now stamping his authority.

He has been impressed, but not surprised, by Gerrard’s development.

“He’s doing extremely well there,” he says. “I knew he was going to go that way, he’s always been great in that sense. I don’t think it’ll be many years until we see him as Liverpool manager.”

With the likes of Gerrard, Frank Lampard, Sol Campbell and Thierry Henry all having taken their first steps in management recently, Riise is primed to follow suit. His potential players should beware though.

“I’m probably quite demanding [as a coach],” he admits. “Because I’ve been a player myself I know what’s needed to become a professional and play within a good team. My players will be extremely fit and motivated. I think I’m going to be ruthless.”

Sound familiar? Passionate and demanding brings to mind Liverpool’s current boss and it’s no surprise to hear Riise is a fan of Jurgen Klopp.

“I learn so much just watching him,” he says. “In training and in games, how he is with his players, on the sidelines – everything. Passion is one thing, but I’d rather learn how he is in the dressing room, at training, before the game and tactically. Hopefully I can get to Melwood [Liverpool’s training ground] a few times and sit down with him.”

If Riise can follow Klopp’s lead then he could make his mark sooner rather than later.