The great TV robbery: How the world’s biggest sports broadcaster lost $1bn to a brazen campaign of piracy 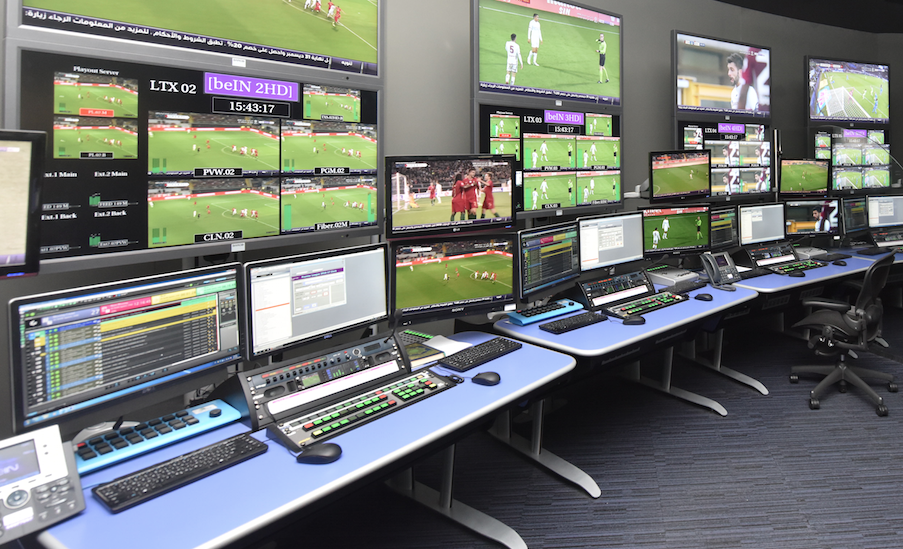 Imagine you’ve had something stolen.

But this isn’t a conventional theft: you know who did it, how they did it, where they are – and you can prove it.

It isn’t a one-off theft, but rather a never-ending succession of offences which the perpetrator does nothing to hide. Instead they taunt you frequently by flouting the stolen goods for all to see.

And yet despite all the evidence you are not in a position to bring them to justice. Other factors at play mean you are forced to bide your time, document the incidents and pursue glacially-slow legal action while your opponent grows ever more flagrant in their actions.

That’s the situation global broadcaster beIN Sports, the world’s largest sports rights holder, has found itself in for the past 17 months.

The source of their ire is beoutQ, a pirate operation which has systematically, sophisticatedly and brazenly conducted a campaign of intellectual property theft against the network since August 2017.

BeoutQ has 10 sports channels, through which you can watch Premier League football, NBA basketball, NFL American football and more, as well as 4,700 films and 35,000 TV episodes on an integrated app, dubbed “the Netflix of piracy”.

To bring their paying subscribers all this content plus paid-for advertising beoutQ pays nothing.

To understand how such an extreme and obvious crime can be committed in the first place, let alone sustained for nearly a year and a half, you need to know its origins.

BeoutQ sprung to life in August 2017 in the wake of a Saudi Arabia-led political and economic blockade of Qatar, where beIN Sports originates. After a new Saudi sports channel PBS Sport apparently fell by the wayside, beoutQ appeared, with a logo created as an amalgamation of PBS Sport and beIN Sport.

Soon, branded beoutQ set top boxes and $100 one-year subscriptions were on sale across Saudi Arabia and “the most notorious and widespread broadcast piracy in history”, as beIN call it in their notice of arbitration, was up and running.

Over the past year the unprecedented, well-funded and expert operation has gone from strength to strength, despite the inevitable growing external outrage. Meanwhile, hackers have got past beoutQ’s own encryption, pirating the pirates to spread the illegal content even further.

BeoutQ claims on its website that its Arabic language output, which is confined by satellites to the Middle East and north Africa, is a partnership between “Colombia and Cuban broadcasting companies”, which “is 100 per cent legal, and aims to counter exclusive monopolies”.

Furthermore, they claim in their arbitration there is no doubt beoutQ “is operating with the full knowledge and support of the government of Saudi Arabia,” with public screenings using the channel set up during this summer’s World Cup.

Arabsat issued a statement saying seven independent experts had confirmed beoutQ was not being hosted by their satellites, but failed to disclose said reports. Arabsat has also stopped attending MENA Broadcast Satellite Anti-Piracy Coalition meetings, despite being a member.

But their explicit denial was rare. The general tactic taken by the Saudi government and beoutQ has been to simply ignore the growing clamour. Over the summer football governing bodies Fifa and Uefa, as well as the Premier League, Wimbledon and Formula One, all condemned their ongoing illegal broadcasting.

But with Saudi Arabia maintaining closed ranks beIN has been confined to pursuing the only means it has.

“BeIN has legal actions under way which we will prevail in, eventually, but legal actions don’t resolve themselves quickly, particularly ones based on international treaties,” Cameron Andrews, beIN’s head of anti-piracy, tells City A.M.

“Really it’s a matter for people to step up and say: ‘we’re not going to tolerate this any more’. Movie studios in particular should be doing more.

“Markets don’t function if things like this are allowed to continue to erode and undermine the confidence in them.”

While beoutQ’s operation has its origins in Middle Eastern politics, it has spread in recent months. BeIN is still the most pirated, but other global broadcasters have been added to, while the reach is getter ever greater.

BeIN have received pictures of pubs, bars and restaurants from as far afield as America, Switzerland and even on London’s Edgware Road showing its customers content, including all 16 of this week’s Champions League group games, which has been hacked from beoutQ.

With the problem escalating rather than showing signs of receding, the feeling inside beIN’s London headquarters is one of weariness mixed with determination. That steeliness to continue to fight is needed because the ongoing piracy is having serious financial implications for the company.

“The natural consequence of this industrial scale piracy is that major international broadcasters – who have, to date, paid enormous amounts for exclusivity of media rights – will refuse to pay those enormous fees in the future as beoutQ utterly erodes that exclusivity,” says David Sugden, beIN’s director of corporate affairs.

“We’ve overlooked certain rights and bid a lot less for rights in the past couple of months because we’ve lost a lot of money. We’re now factoring in piracy into our commercial negotiations.

“The fact we’ve launched a $1bn arbitration shows exactly the kind of money we’ve lost over the past year.”

BeIN will continue to investigate, monitor, document, disrupt and minimise, but there is no end in sight. For now, the pirates remain beyond the law.