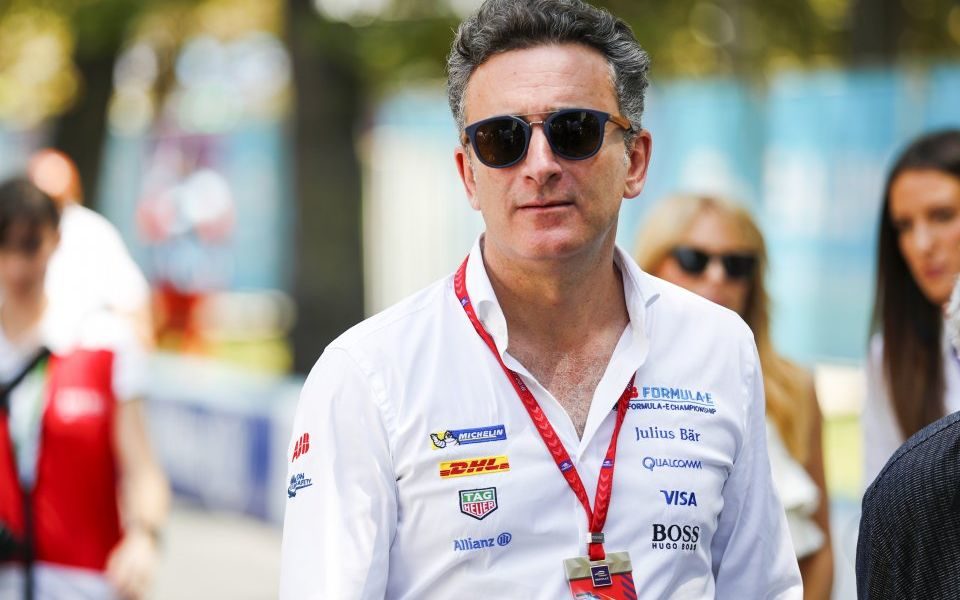 The founder of Formula E has doubled down on his involvement in electric motorsport with the creation of a new series that will take vehicles to race in the most extreme environments on earth.

The new series, called Extreme E, will be unveiled today in London by Alejandro Agag and partner Gil de Ferran, the McLaren F1 sporting director and former Indy 500 winner, with a view to the first season starting in January 2021.

The concept will see SUVs race across some of the most challenging environments on the planet, including the North Pole, Sahara desert and Amazon rainforest, to showcase the advancement in electric vehicle technology and its ability to cope with any climate.

It’s not all about the cars though – the project is aimed at raising awareness of climate change and the difficulties facing the planet, according to Agag.

“We needed to provide a motorsport for cars that are sold on the road,” Agag tells City A.M.

“Formula E is a great concept, but they are not cars that people can drive day to day. There was space to create a new race that would showcase cars the consumer can buy.

“Gil de Ferran came up with the idea of going to very extreme locations and I think that really makes it fantastic. Not only extreme, but places that are already suffering the effect of climate change and mankind.”

Each season will have five races that take place in the Arctic, Himalayas, Sahara desert, Amazon rainforest and islands in the Indian Ocean, with the current plan for it all to begin in the Amazon two years from now.

The format of the race will see two groups of six teams take part in a round-robin, with the top four passing through to a knock-out stage where drivers go head to head. Races will take part over 6-10km and drivers will have to navigate their way through virtual gates.

In line with its electric theme, Agag says the series will be committed to being carbon neutral and use a “floating paddock” on board the former Royal Mail Ship, St Helena, which will be heavily modernised to use green energy in a multi-million pound renovation.

“It will take about a month to get from location to location and we’ll also allow some time for preparations. So that’s going to be the rhythm of it.”

Extreme E will also be a first of its kind “docu-sport”, with the five races split into 10 episodes released over 10 weeks once the whole series is completed.

A new breed of show

Results will be kept secret until the show is broadcast and Academy Award winning film director Fisher Stevens is to be the artistic director in charge of producing the content, which will also look at the effect of climate change on the various environments.

While no broadcast deals have yet been confirmed, Agag says there is “great interest from broadcasters all over the world”.

Similarly, the teams and drivers involved are currently unknown, but nine manufacturers are set to attend today’s launch on the St Helena, while McLaren have been confirmed as providing batteries for the cars.

Although Formula E is not yet a profitable business, its rapid growth has seen its value rise and Agag expects to see the same results from Extreme E, even if it requires a huge initial investment.

“We are gaining great value even if we lose money,” Agag explains. “Amazon has been losing money for years and is the biggest value company in the world. It’s the same for Formula E, it has a great valuation.

“We call it investing in a future property that we think is going to take over the world of motorsport. I think Extreme E will be the same. New ventures burn capital in the first phase but then break even and make profit.”

Agag may have high expectations for his new racing series, but he is hoping for it to become more than just about motorsport, and plans for it to leave its mark on the battle against climate change.

“I would like to make this as big as the shows [French explorer] Jacques Cousteau used to do,” he says.

“I see the St Helena as the new Calypso. I want it to become a team boat for the fight against climate change. It’s going to be a scientific hub.

“I think the documentary content that we can create on board is amazing and I think the potential for this as an incredible content is huge.”