If this season has not shown England head coach Eddie Jones that Danny Cipriani is deserving of a seat on the plane to the World Cup in Japan later this year, then perhaps nothing will.

The 31-year-old has been instrumental to Gloucester’s revival this season as they reached the Premiership play-offs for the first time in eight years, picking up the Rugby Players’ Association and Premiership Player of the Year awards along the way.

Meanwhile, a look at Wasps’ league position – they finished eighth – highlights what they let go.

That Wasps were ready to release him may have even played its part in Cipriani’s improved performances this season, but in Gloucester he has found a new home – so much so that he extended his contract in April by a further two years, keeping him at the club until 2022.

For too long the Cherry and Whites have underachieved, in a city where rugby reigns supreme. But this season, thanks in part to their talented No10, there has been a different aura around them.

Their only recent success has come in the European Rugby Challenge Cup, which they won in 2015 before finishing runner-up in 2017 and 2018. But under director of rugby Johan Ackermann, and helped by some astute signings, they have this season advanced to the front of the pack behind Saracens and Exeter.

They still have some way to go to break into that tier, as demonstrated by Sarries’ resounding 44-19 win over Gloucester in Saturday’s play-off semi-final. 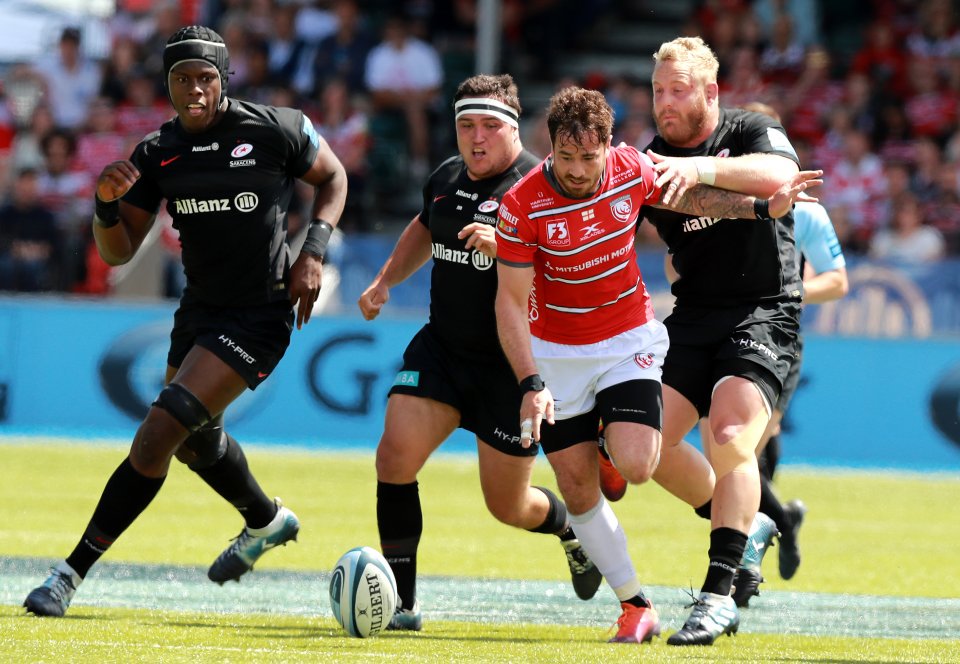 Cipriani struggled to influence the game against Saracens last weekend as they piled pressure on him (Source: Getty)

It was a game in which the current holder of the England No10 jersey, Owen Farrell, pulled the strings with an expert kicking game, albeit that he was surrounded by superior players than his opposite number.

The home side did not allow Cipriani space to play, exerting their physical dominance and keeping a high intensity among their back line.

In fact, on the one occasion they did afford Gloucester and Cipriani space, it was within the opening two minutes of the game. The ball was spread out wide to Ben Morgan who gave the away side the lead, even if Sarries went straight up the other end to score before taking control of the match.

Cipriani proved unable to guide Gloucester to a shock win, but he was not aided by defensive errors from his team-mates as they conceded 14 turnovers and 16 penalties, for which Saracens made them pay.

“It will be tough if he is judged by the one game, you have to look at the whole season. He can make a difference, it’s the way you want to play and it is a tough choice for Eddie," said Ackermann.

“I do believe that Danny can do it. If Farrell is going to be the starter, do you want George Ford on the bench to cover or go with Cipriani and push Farrell to 12? Danny can come off the bench and make a huge difference.”

While Cipriani’s club future is now unequivocal, the uncertainty around his England future remains as debated as ever.

It’s a dream he has not given up on, despite having only been capped twice during Jones’s three-and-a-half-year tenure, and 16 times in total throughout his career. 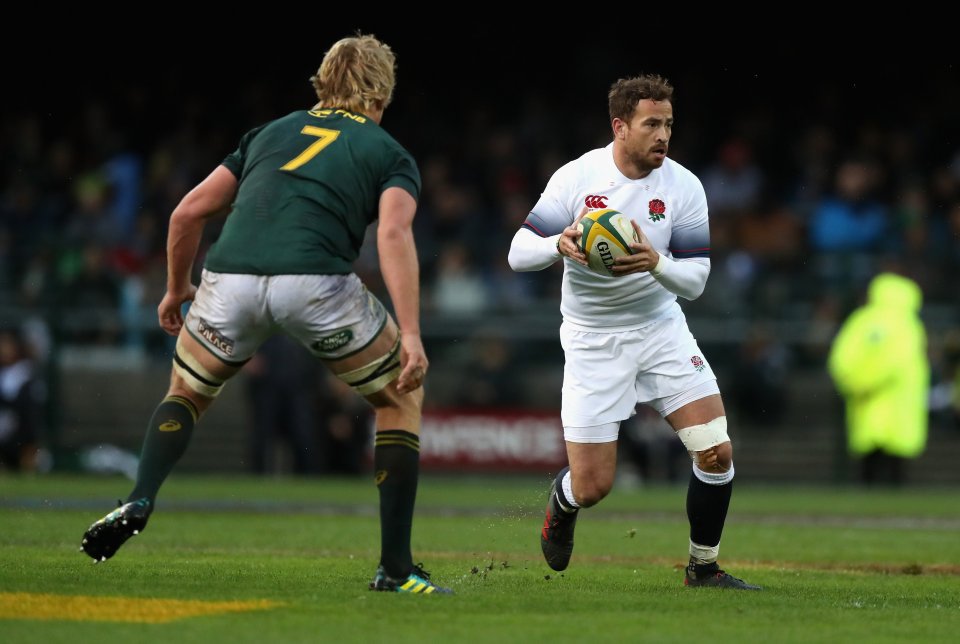 He has not been capped by England since helping to stop the losing streak last summer in South Africa (Source: Getty)

“Eddie Jones is very diligent about how he speaks to everyone in the wider squad, and there is a group of us who met him over the last couple of weeks,” Cipriani said prior to the semi-final with Saracens, admitting he hoped to make the World Cup training squad.

In truth, there is little more he could have done on the pitch this year after finishing the regular season with 13 try assists – more than anyone else.

He has long been a figure that divides opinion and has been deemed to be divisive, something the England camp can ill afford at the World Cup, when unity and harmony for the months they are away will be key.

Despite the suggestion that he lacks popularity among his peers, his election as player of the year by his fellow pros indicates appreciation for his playing ability and influence on the team, if nothing else. He cannot be universally disliked.

Read more: Ollie Phillips: Saracens will be too strong for Exeter in Premiership final

What’s more, he is perhaps the most creative fly-half in the Premiership, capable of delivering an array of passes that others fail to even see, but in Farrell and George Ford, this year’s golden boot winner with 201 points, Jones has two great kicking options already deeply embedded in the England set-up.

Regardless, he has earned his plaudits this season and despite being continually overlooked by Jones since his involvement in the third Test in South Africa last summer – where he helped end a five-match losing streak – continues to pose the question.

He has arguably had the best season of his career to date, even if it did finish a week earlier than he would have hoped. A call from Jones next month would be no less than he deserves.