They waited a long time for the tournament to start, but when it finally did England did not disappoint.

The hosts may not have produced their trademark – the gigantic total compiled through aggressive, explosive batting – yet, in a way, this was better.

As the world’s best one-day international side for some time, we have known they have more strings to their bow. Yet such has been their dominance that we have just rarely seen them, so it was reassuring to witness a full display on the biggest stage: the opening day of the World Cup in front of a packed crowd at The Oval.

Asked to post a total by South Africa captain Faf du Plessis, England did so skilfully and in a calculated manner. They didn’t lose their cool when they found themselves 1-1 after two balls, or when three set batsmen departed in the 50s.

Instead they assessed the conditions, recognised the pitch’s difficulties – namely its spongy bounce – and, led by Ben Stokes’s 89 from 79 balls, landed on 311-8 from their 50 overs. The changed nature of the win was not lost on captain Eoin Morgan. 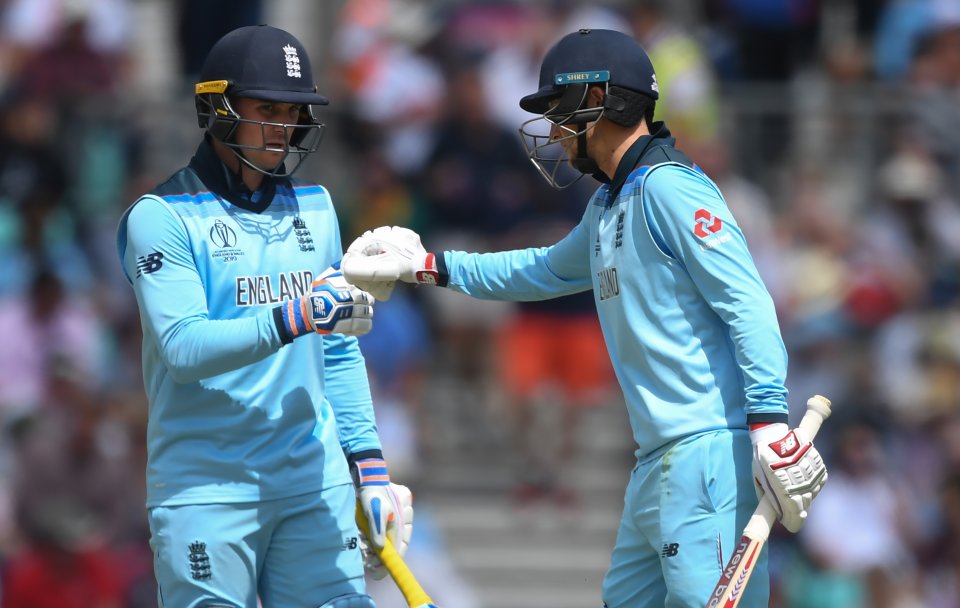 “Given the nature of the pitch and the way South Africa bowled I think we were fighting our Plan A game with the bat for quite some time,” he said.

“One of the areas we’ve improved in the last two years is the way we assess conditions and play a bit more smart cricket – building partnerships, putting a total on the board and believing it’s enough.”

But while their batting was impressive in a measured sense, rather than the usual crash-bang-wallop we have become used to, it was their bowling and fielding which pleased the most. 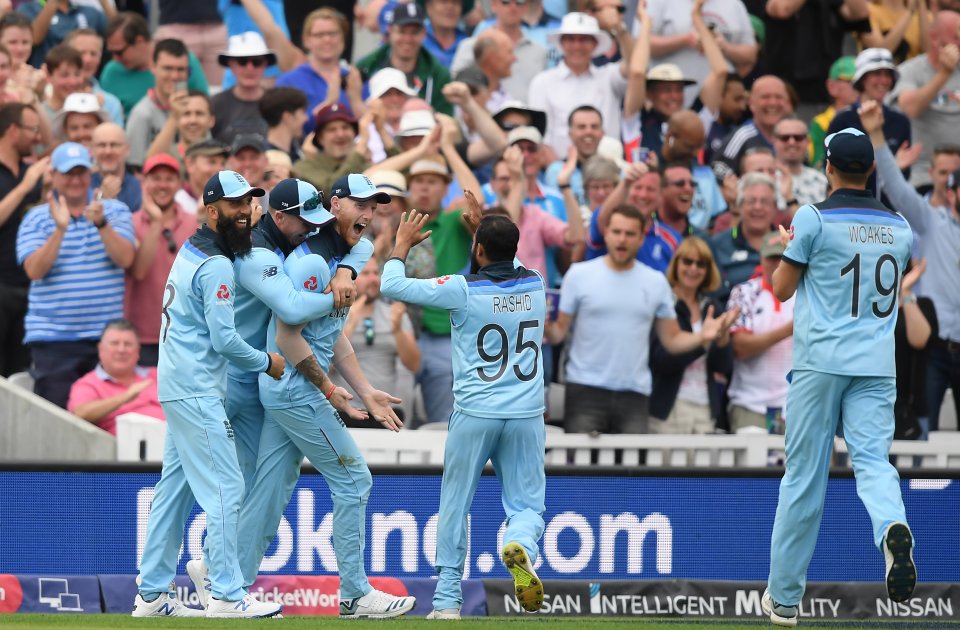 Every chance that came their way was gobbled up greedily by a variety of hands. Jason Roy was electric at backward point, parrying everything that came in his direction. But one moment in particular dominated the post-match thoughts and, no doubt, the conversation down the Harleyford Road too.

Andile Phehlukwayo must have thought he’d found the boundary when he swept Adil Rashid into the legside with the game slipping away from South Africa. However, he didn’t count on Stokes having what Morgan cheerfully described as “a full day out”.

Charging in from the mid-wicket boundary Stokes misjudged the flight of the ball, but it was all part of the plan of producing something spectacular. A late one-handed grab high above his head more than compensated for his positioning. His celebratory bow sent the OCS Stand into raptures.

By then the game was up, but it was a fitting high point amid a dominant 104-run victory over the world’s third best ODI team.

One of the main reasons why the match was already in England’s grasp by the first ball of the 34th over was the preceding spell from Jofra Archer. The main weapon in England’s arsenal may not be secret, having dominated pre-tournament build-up, but it didn’t matter. 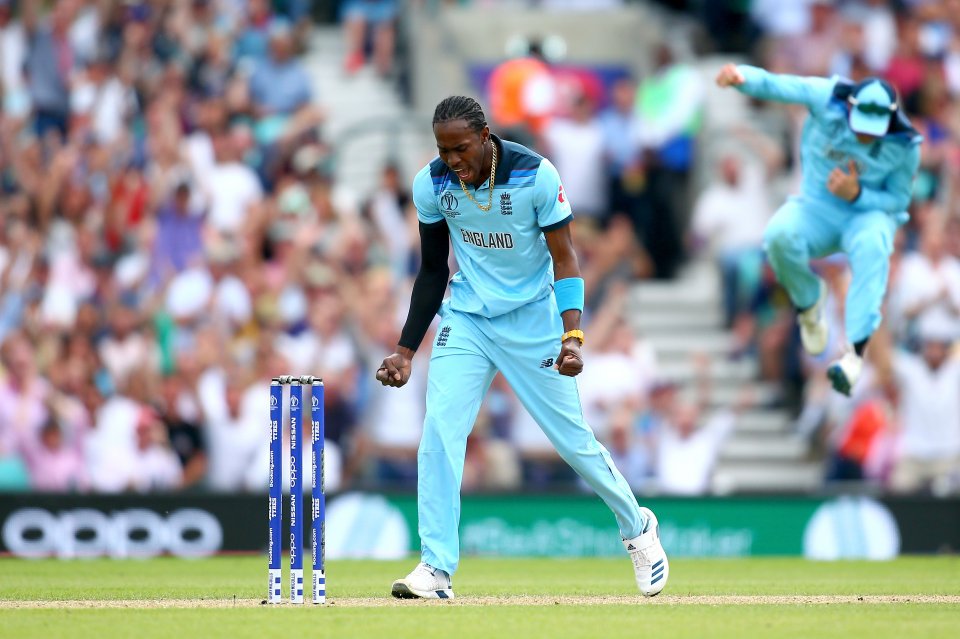 He was unleashed to devastating effect, returning an eye-catching 3-27 from his seven overs, with du Plessis conceding his side were unfamiliar with his smooth, whippy bowling action.

Hashim Amla was smacked on the grille by a 90mph bouncer. Aiden Markram was beaten by his pace and bounce to be pouched at slip. Du Plessis himself was rushed by a bouncer and caught on the boundary. Having averaged 89.4mph in his five-over opening spell, Archer then returned to outfox Rassie van der Dussen with the same surprise short ball.

“He gives us another string to our bow,” said Morgan. “For him to bowl that quick and accurately on a slow wicket shows he’s in good form.”

England are under way and every box they would have liked crossed off now contains a big fat X.