Six was the magic number for Liverpool and Jurgen Klopp on Saturday night when a deserved yet unspectacular display in the stifling heat of Madrid yielded a 2-0 win over Tottenham.

But while a sixth European Cup victory was the guiding motivation for all involved with Liverpool, the number also held personal significance to Klopp. Six times in as many years the German coach had tasted defeat and the disappointment of the runner-up spot in major finals, losing three each with Borussia Dortmund and Liverpool.

Mohamed Salah’s early penalty and Divock Origi’s late low finish brought that run to a halt on the biggest stage of all at the weekend, lifting a weight off the shoulders of Klopp and his loved ones.

“I’m so happy for my family,” he told BT Sport on the pitch. “They suffer every year, when we go to a final on the last game of the season and we lose it, so they deserve it more than anybody because they are so supportive. It’s maybe the best night of my life professionally.”

Klopp’s career, with both Dortmund and Liverpool, has been synonymous with passion. His outgoing personality rubs off on his teams, who play a high-tempo pressing style that he has called “heavy metal football”. 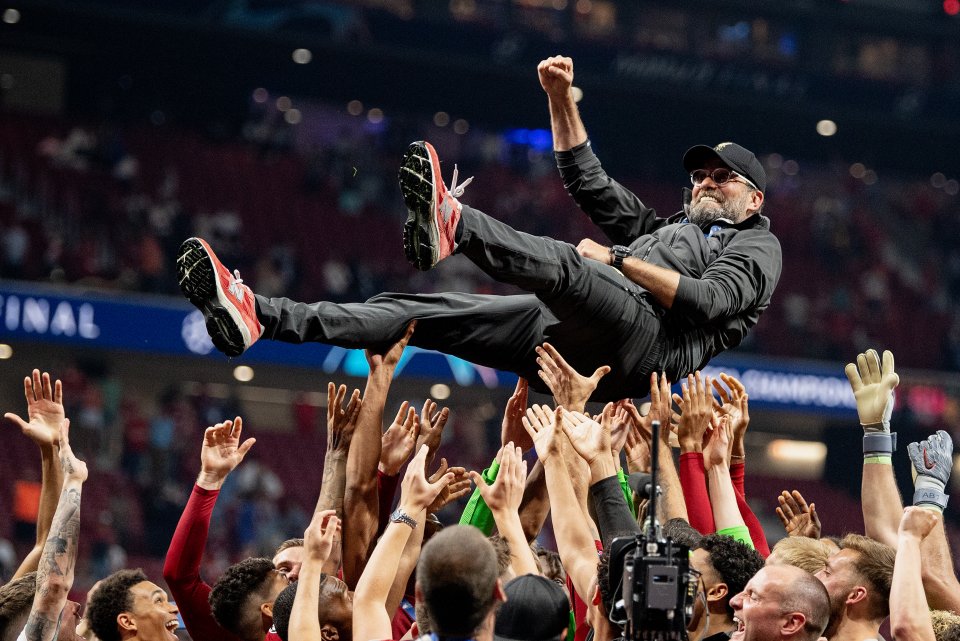 Jurgen Klopp was emotional on the pitch afterwards but not in his press conference (Source: Getty)

This heart-on-sleeve, blood-and-thunder modus operandi has won Klopp and his teams neutral admirers – but, crucially, not as many trophies as he would have liked.

While there were understandable displays of emotion and tears on the pitch in the Wanda Metropolitano – from Klopp himself, captain Jordan Henderson and others – there was an interesting contrast later when Liverpool’s manager faced the press.

“Tonight it’s really emotional,” he said. “That’s my main feeling. It feels really good but I’m much calmer than I thought I would be when it finally happened.”

That sentiment – of being calm in the face of a monumental achievement – rang true on the pitch too. The timing, and nature, of Salah’s opening penalty, after just two minutes, was certainly fortuitous, but it allowed Liverpool to take a step back from their usual fast-paced, throw-the-kitchen-sink style and instead pull up the drawbridge and adopt a more guarded approach.

Unusually Liverpool were content simply to hold onto their lead, forcing Hugo Lloris into just one save – a tip over in the first half from Andy Robertson’s drive. Meanwhile Tottenham were allowed to have 65 per cent of the ball and complete 238 more passes and although Alisson had to make eight saves, none of them was particularly taxing. Spurs were kept largely at arm's length as the Reds counted down the minutes. 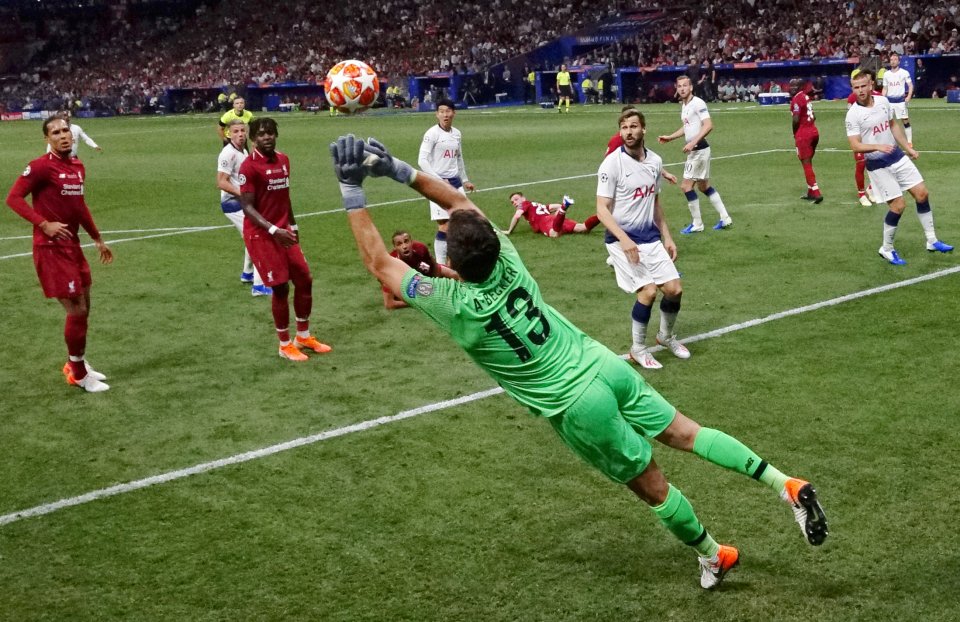 Alisson made eight saves, but none were particularly taxing (Source: Getty)

The result was a first trophy since the 2012 League Cup for Liverpool and a side note of a statistic Klopp’s side would not normally be associated with: the first team to win the Champions League final while having less possession than their opponent since Jose Mourinho’s archetypal counter-punchers Inter Milan in 2010.

“I’ve played many more finals than I’ve won, obviously, and [in the others] we have always played better football,” Klopp explained. “Usually I sit here a bit earlier and explain how I lost this game. This time I don’t want to explain why we won it – only enjoy that we won it. All the rest isn’t important.”

In a match as important as the Champions League final, the ends justify the means. Despite his achievements, Klopp has not been viewed viewed as among the elite managers, nor his side among the elite teams.

The success and method in Madrid could mean that perceptions are about to shift.