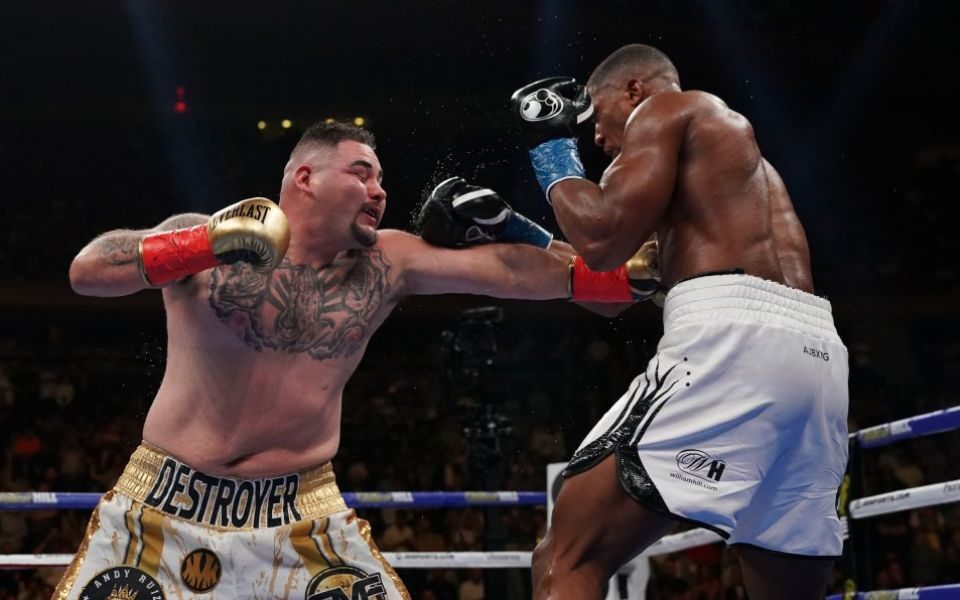 This wasn’t supposed to happen. Anthony Joshua’s first fight in the US was meant to be a glossy commercial for the Briton; more than merely a defence of his IBF, WBO and WBA world heavyweight titles, Saturday night’s clash with Andy Ruiz Jr was designed to break a new market, to wow an audience and ramp up further still the clamour for a unification fight with Deontay Wilder.

Instead it was a hugely damaging occasion for Joshua. Repeatedly brought to his knees by a gutsy fighter in every sense of the word who only signed up for the bout at a month’s notice after a failed drug test ruled out original opponent Jarrell Miller, he lasted less than seven rounds at Madison Square Garden before losing his belts, his unbeaten record and no little credibility.

Joshua attempted to play it down afterwards, calling his humbling “a minor setback”, but he was fooling nobody. This was a monumental upset, earning comparisons with Mike Tyson’s 1990 defeat by James “Buster” Douglas and Lennox Lewis’s 2001 loss to Hasim Rahman. Even Ruiz Jr himself couldn’t quite believe it, leaping around the ring like an excited child when the fight was stopped.

Perhaps most chasteningly for Joshua, the outcome was anything but a fluke. Ruiz Jr took the fight to him, absorbed some juddering shots and, when he was put down in the third round by an uppercut-left hook combination, responded by flooring his bigger foe twice in quick succession. From scenting a 22nd knockout and 23rd win, suddenly the Englishman was buckling and he never recovered.

The epic victory over Wladimir Klitchko two years ago appeared to have silenced Joshua’s doubters, but underwhelming defences that followed against Carlo Takam, Joseph Parker and Alexander Povetkin left him open to question again. Promoter Eddie Hearn was frank about the stakes now: “AJ must win that rematch in the UK [against Ruiz] because there is nothing after that.”

But while Saturday’s upset was a disaster for Joshua, the result might increase interest in a heavyweight division that was in danger of losing appeal as its biggest names dodged each other. Ruiz Jr’s shock triumph is a welcome dose of unpredictability and there will now be intrigue about whether the American can remain at the top table with Wilder, Tyson Fury and Joshua.

The folly of Wilder and Joshua failing to agree a unification fight – both men have continuously blamed the other’s camp – has been exposed. Perhaps it was assumed that they could let the potential financial rewards grow without being in great danger of losing their titles. If so, the seismic shock suffered by Joshua might focus a few minds at negotiating tables.

For Joshua, meanwhile, it is a monumental reality check. While his ascent has been impeccably stage-managed, it has presented only one side of him: the invincible, physically flawless athlete so beloved of brands such as Jaguar, Under Armour and Beats by Dre. Now he must show he has the resolve, focus and hunger to get his career back on track and return to the pinnacle of the sport.