Formula E five years on: How is the electric racing series faring? 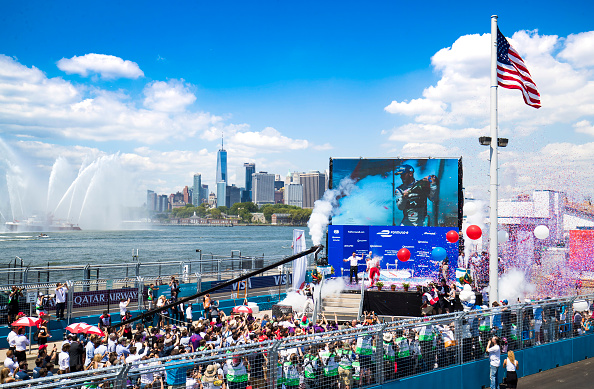 Last weekend Formula E rounded off its fifth season in exuberant fashion with a double-header finale on the streets of Brooklyn, New York.

Former Formula One driver Jean-Eric Vergne retained his title and became the sport’s first two-time champion in a season that saw nine different drivers win across the 13 races, as well as the successful introduction of the faster Gen2 car.

But five years on from Formula E’s inception, how far has the electric racing series come?

Financially, it is a mixed bag. According to the company’s latest statement on Companies House, it continues to make a loss. In its fourth season, Formula E’s pre-tax losses stood at €26.4m (£22.6m), up from €20.8m the season before.

Revenue continues to rise rapidly, however, increasing from €94.5m to €133.4m, largely driven by new sponsorship deals, including a first ever title sponsor agreement with Swiss engineering firm ABB.

The increasing revenue, which stood at €56.6m in 2016, has meant shareholders including Liberty Global and Discovery are happy to continue backing Formula E through the losses, which now stand in excess of €150m, with a net liability of €154m.

“The revenues have continued to increase year-on-year and sponsorship and hospitality are the main drivers of that,” director of communications Renato Bisignani told City A.M.

“Why we are making a loss is essentially because we are investing in the brand and marketing it. Had we not invested the amount of money we have, we probably would have already broken even. We are on the verge of breaking even. Basically we are in a growth phase and are lucky to have investors who are very supportive.”

When asked if the series was on course to break even at the end of its fifth season, the former Ferrari head of marketing said: “We are close.”

Around 78 per cent of Formula E’s revenue comes from licensing and fees for hosting races in city centres, one of which will be back in London next season.

As well as its seven-year partnership with ABB, which includes the development of future, eco-friendly mobility technology, Formula E has also struck smaller sponsorship deals with the likes of Heineken and Bosch.

During a time where other motorsport series are struggling to expand commercially, Formula E has found that it is a product sponsors want to be associated with.

But it has brought with it a scepticism that the sport is merely a “business-to-business proposition”, as F1 chief executive Chase Carey labelled it last year; a marketing ploy for brands seeking a greener image, rather than entertaining viewing.

Race days appear busy, although entry is free for spectators aside from those in the grandstands. Formula E’s filings say a combined 476,000 people attended the 12 races in 2017-18, more than double the previous year. This season’s final numbers have not been published yet.

Comprehensive viewing figures are also difficult to pin down, but Formula E says that prior to its final races in Bern and New York, an average of 32.6m people globally had tuned in to watch the previous 10 rounds, suggesting a clear and growing fanbase.

That is up from 27.1m in 2017-18 and 18.6m viewers the season before, and Bisignani says the sport surpassed last season’s 330m total number of global viewers in June.

“The viewing figures across the board are very good. On TV they have grown by around 10 per cent,” he added. “There’s been a lot of good growth in Brazil and very good growth in the UK, in part thanks to the deal with the BBC.”

The series appears to have benefited from being on free-to-air television in a number of countries, including Britain, where every race was broadcast on the BBC Sport website, iPlayer and the red button, although Formula E says it is unable to reveal further data.

Bisignani added that the biggest growth had come in the 18-35 age group and, with Mercedes and Porsche set to join a host of manufacturers already involved in the championship, Audi’s team principal Allan McNish believes the additional competition will continue to open motorsport up to a new and needed audience.

“From a marketing point of view it elevates the whole championship,” the three-time Le Mans winner told City A.M.

“It’s more interest, a wider interest group and it’s not just manufacturers. Partners like ABB coming in also open it up to a wider audience, and we’re always looking to do that in motorsport where the fanbase is contracting.

“We need to grow and I don’t think we can grow from a historical fanbase, we’ve got to grow from a new fanbase and it will benefit us all [in motorsport].”

While there remains a question over the size of the sport’s fanbase, the demand to be involved from manufacturers, sponsors and cities like London suggests that Formula E is here to stay.